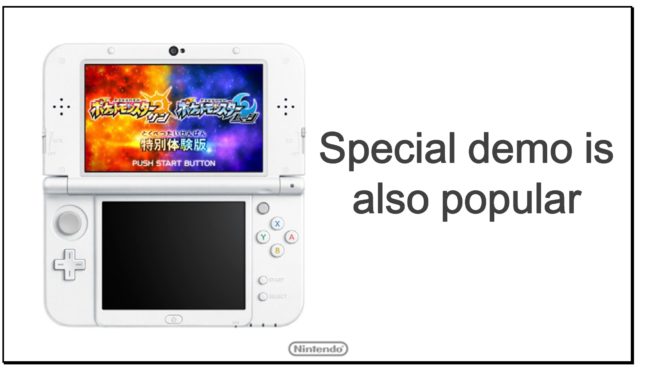 We released the Pokémon Sun and Pokémon Moon Special Demo Version starting on October 18th. Although the demo version only released last week, it has already passed 3.5 million downloads, the fastest start for any demo in the history of the Nintendo 3DS system. This point also shows the breadth of the audience for these games.