Pokemon Sword/Shield – Polteageist and Sinistea have fake and real versions, can check to see which one you have 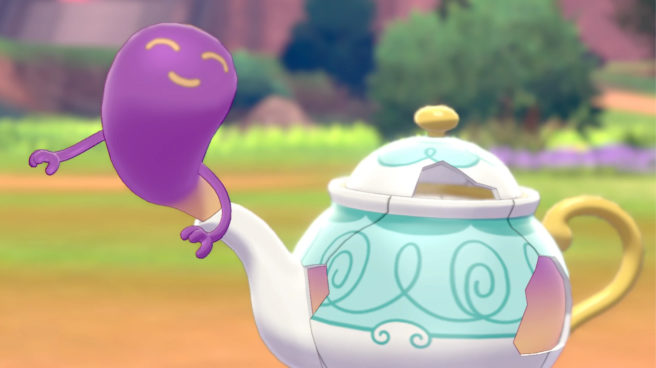 Pokemon Sword and Pokemon Shield have some atypical creatures. As one example, Alcremie has 63 different forms. Polteageist (and its pre-evolution Sinistea) is also pretty unconventional.

Polteageist makes a home for itself inside tea sets. Interestingly, it has two versions: one is fake, and the other is real. The Pokedex entry even mentions that “many forgeries are in circulation.” Of course, the authentic one appears less often.

Players can check to see which version of Polteageist they have in Pokemon Sword and Pokemon Shield. The real one has a mark of authenticity on the bottom of the teapot. The seal is small and blue and can be found on Polteageist as well as Sinistea.

Polygon advises checking by going into your Pokedex, pressing A to see detail, and then A for “Motion/Cry”. That’ll let you move it around to check for that seal. Also, using Cracked Pots as the evolution gives you the fake version while Chipped Pots are for “real” Polteageist.