Posted on September 27, 2019 by Matt(@OnePunchMaz) in General Nintendo, Images 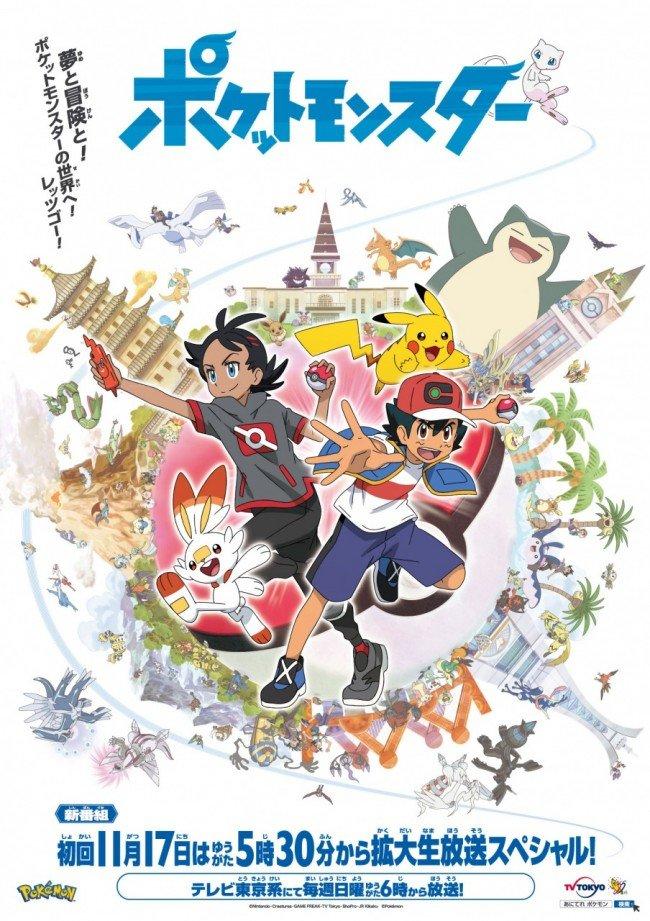 A poster for the new Pokemon anime series has popped up on Japanese message boards. Although not from an official source, it definitely looks legit. Other details about this new series had also previously leaked online. The official reveal of the new series is this Sunday, so we should know for sure by then. As you can see, the poster shows Ash and Pikachu, as well as a new male character and Scorbunny. Also featured in the background are several other Pokemon and iconic landmarks from the Pokemon world, as this series is set to take place in all regions of the Pokemon world, in addition to the new region of Galar. The series is set to start on November 17 in Japan.