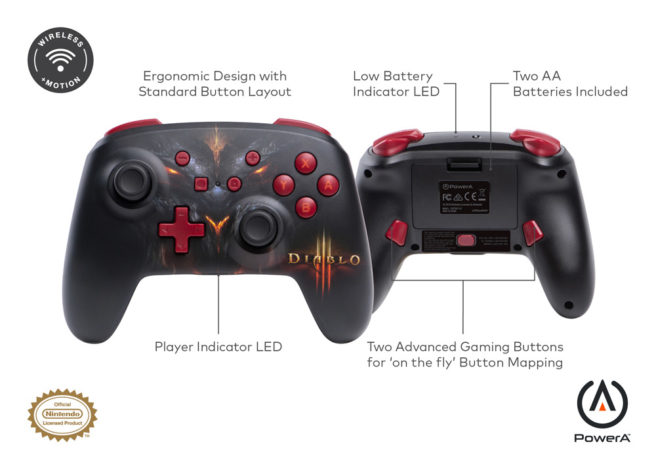 Diablo III – Eternal Collection is getting quite a bit of attention on Switch. In fact, Nintendo announced this week that it’s teaming up with Blizzard on a Switch bundle. Continuing along those lines, PowerA is making a special Diablo III-themed controller.

The officially licensed Bluetooth wireless controller promises up to 30 hours of gameplay. It also has motion controls and Advanced Gaming Buttons plus LEDs for power, button mapping, player number and low battery warning.

GameStop is selling this controller exclusively here. It’s due out alongside Diablo III’s Switch launch on November 2.