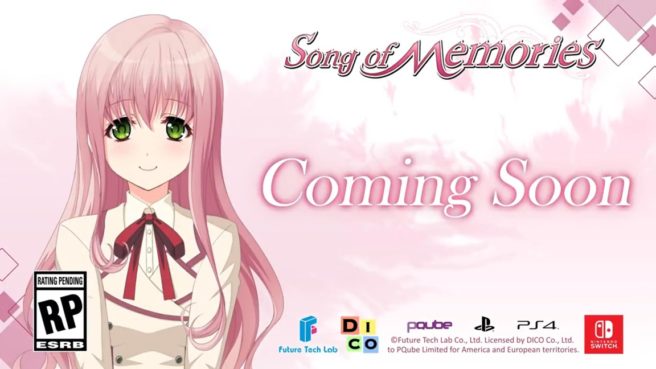 Song of Memories is heading to both Japan and the west soon. PQube has confirmed that the localized release “is the same as the Japanese version” in terms of content. However, “in terms of localisation, ages have been removed from the characters, and the term School has been changed to Academy.” PQube explained that these changes were made in order to “placate age rating boards and has nothing to do with recent platform holder changes.”

Song of Memories was originally due out last fall. A new date should be announced in the near future.