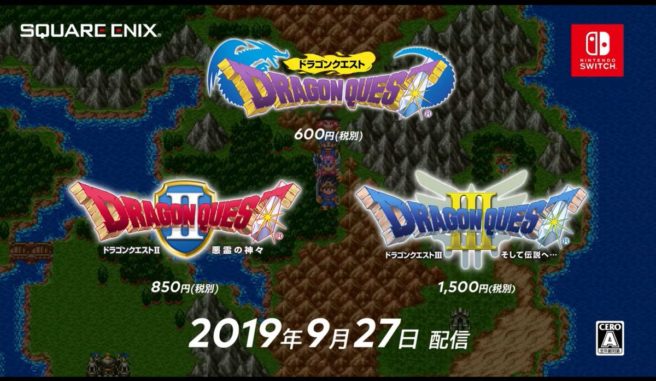 Square Enix announced that Dragon Quest I, II, and III are all coming to Switch in Japan later this month. Fortunately, English support is already confirmed despite the lack of news for the west.

Over in Asia, Square Enix will offer a physical version of all three games. Better yet, the entire package supports English.

Play-Asia has now opened pre-orders on its website here. Copies are expected to ship in October.