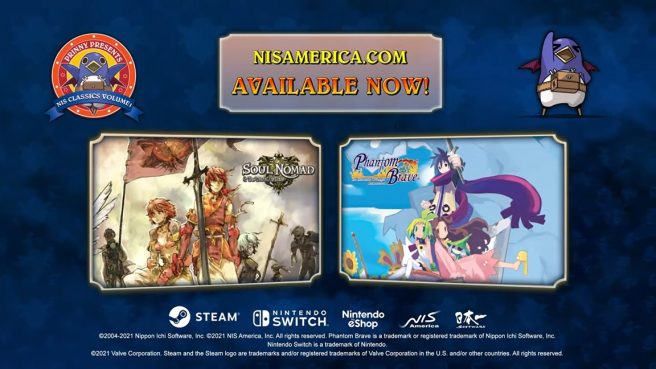 Prinny Presents NIS Classics Volume 1 is out today with a pack of two RPGs landing on Switch. Along with Phantom Brave: The Hermuda Triangle Remastered, Switch has also received Soul Nomad & the World Eaters. The titles come with upscaled artwork and all DLC from the original releases.

We have a new launch trailer for Prinny Presents NIS Classics Volume 1 below.