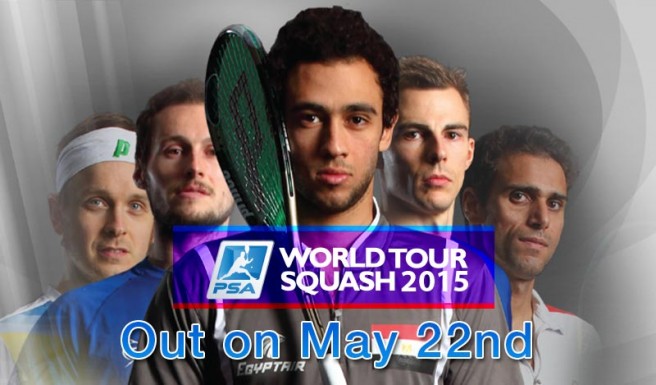 Here’s what the game offers:

Compete against the best players in the world including Nick Matthew, Amr Shabana, Gregory Gaultier, Ramy Ashour and more!

Organise your own virtual tournaments in a host of iconic locations using the unique Offline Tournament Mode!

Play against the console, or 1 vs 1, or test your skills in Arcade Mode!

Challenge your friends to a single match or tournament in Multiplayer Mode using your favourite squash players!

Create your own players, improve your speed, power, fitness, tactics, and analyse your statistics!

All squash shots can be played using the Wii controller, including nicks, corkscrews, dives and many more!

Unlock advanced shots such as flat nicks, corkscrews, skid boasts and much more!

And here are a couple of videos:

So that’s PSA World Tour Squash 2015. Who would have thought that we’d be hearing about a brand new Wii game in this day and age?