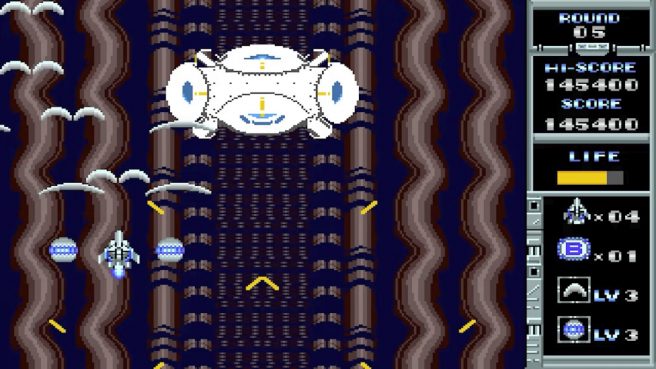 Gameplay has come in for QUByte Classics: Thunderbolt Collection following its debut on Switch this week. The package contains two vertically-scrolling shoot ’em up titles – specifically the 8-bit and 16-bit versions of the game.

Your goal is simple: destroy all the enemies that will come until you reach the final boss of the stage, make it easier and faster as you collect items and power-ups to enhance your health bar, increase your speed and upgrade or acquire new weapons. You’ll lead humanity to survival.

Thunderbolt Collection is a compilation of two vertically-scrolling shoot ‘em ups from the series Thunderbolt released in 1995 exclusive on east.The QUByte port brings the 8-bit and 16-bit versions of the game, both with official English localization and new features to improve your experience like: control remapping, which allow players to customize controller buttons as they like it better, different screen types and save states.

View the gameplay for QUByte Classics: Thunderbolt Collection on Switch below.

QUByte Classics: Thunderbolt Collection can be purchased on the Switch eShop. English is the only supported language option.