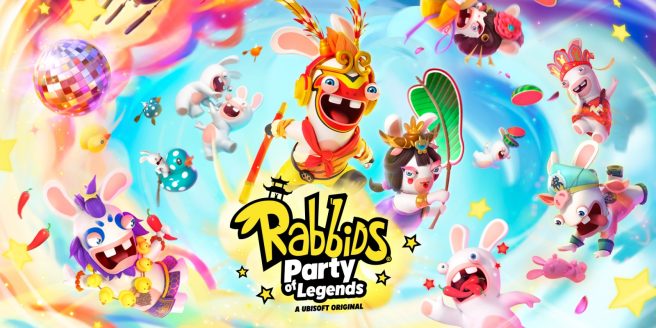 Thanks to a listing on the Switch eShop, Rabbids: Party of Legends now has a release date and more details.

The game saw an under-the-radar announcement this week as part of Ubisoft’s latest financial results. It was assumed that this was the localized version of the Switch title that previously released in China, but we now have official confirmation.

Below is the official eShop description with further information:

Embark on a legendary journey with the Rabbids in this hilarious party game! Join them on an incredible quest, filled with hilarious moments and colorful characters. Gather up with friends and family and enjoy a multitude of ridiculously fun mini-games in the most epic Rabbids’ party yet.

– Jump into multiplayer mayhem with up to 4 players locally.

– Team up and face off across 50 fun mini-games

– Build a custom playlist of your favorite mini-games

– Discover a legendary story, filled with colorful characters, across 4 chapters.

– Plus, Nintendo Switch players can enjoy smooth and precise motion controls to immerse themselves in the party!

We also have a few screenshots:

The release date for Rabbids: Party of Legends is currently set for June 30, 2022.