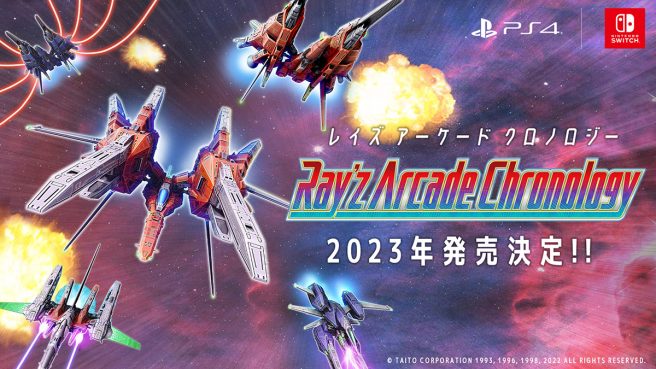 Original (6/27): Ray’z Arcade Chronology is in development for Switch, publisher Taito and developer M2 just revealed. Japan will be getting the collection in 2023.

RayStorm NEO-HD is a redone version of the arcade game. Taito points out that while RayStorm HD released in 2010 with additional elements as well as a 16:9 aspect ratio, this one has the same content as the arcade version and a 4:3 aspect ratio.

Currently there has been no announcement for the west, but news on that front may very well follow at a later date. Fans can access the official website here.