Posted on January 18, 2019 by Matt(@OnePunchMaz) in General Nintendo, News, Videos 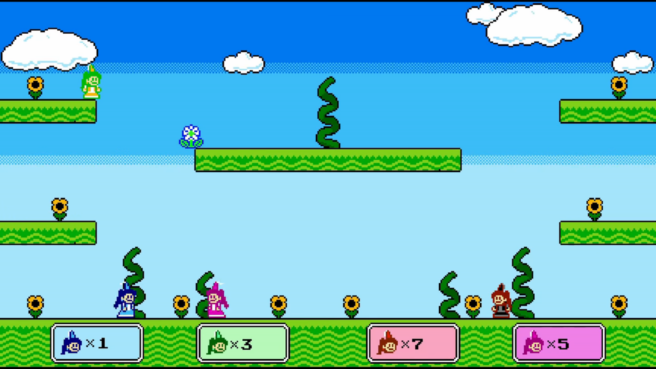 Developer Ultra Dolphin Revolution has announced Real Men Use Items!, a fighting game obviously inspired by Super Smash Bros., but done in an 8-bit style. As the name implies, the focus of this game lies on the use of various items scattered around the stage to deal damage to your opponents. Multiplayer matches with up to 4 players will be supported.

Real Men Use Items! currently has no release date – or platform. The game is planned exclusively for “Nintendo systems”, though Ultra Dolphin Revolution doesn’t specify which systems. The Nintendo Switch seems like a safe bet, but given the game’s visuals, a 3DS version also seems possible. We will keep you updated once we have more information. In the meantime, here’s a gameplay trailer: