Reggie on his first E3, says staffer backstage mistook him for a security guard 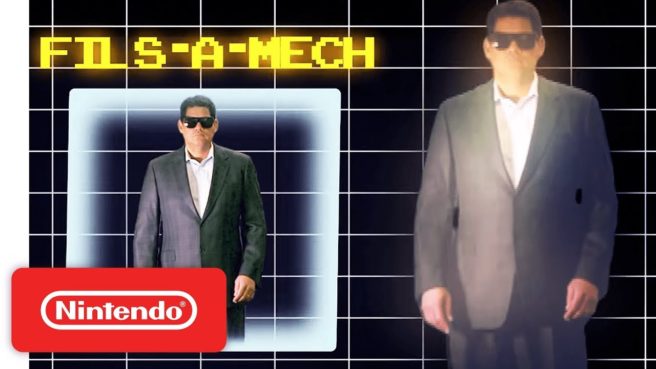 Reggie Fils-Aime quickly became a prominent figure after his appearance for Nintendo at E3 2004. Who could forget the very first line he uttered on stage? Fans were more than happy to embrace Reggie when he said: “I’m about kickin’ ass, I’m about takin’ names, and we’re about makin’ games.” Of course, it helped that Nintendo had the DS to show for the first time and a brand new Zelda game – which would be come Twilight Princess.

Reggie spoke about the experience during an episode of the Talking Games podcast, and also shared a bit of a funny story. It turns out that a staffer who was working backstage actually thought he was a security guard, and had no idea that this person was a new, top executive at Nintendo.

Here’s the full story from Reggie:

“It was crazy. You know, people didn’t really know me. This really was my coming out party. We were doing the event in a ballroom. We had roughly, roughly 2,000 people in this ballroom, and I was literally standing off to the side watching this ballroom fill because I wanted to have a sense of the energy, and I wanted to have the adrenaline ramping up as I would go on stage and deliver these lines.

And what was so funny – this is one of those inside stories. So I’m there in a two-piece suit with a black t-shirt underneath, standing, looking out onto the crowd, and we had various staff running around, doing things. Everyone had to be badged. They needed to have ID that showed that they were allowed to be where they were. So I’m standing there, gazing out to the crowd, and there was a member of a staff that came close to me, and I turned and looked at them, and literally they just stopped – rigid. He starts fumbling for his ID, and he’s like, he’s showing me his ID, like ‘it’s okay for me to be there.’ This guy thought I was the security guard. So imagine what’s going through his brain when the conference starts, and the lights go up, and he sees me. I mean, he must be saying to himself, ‘What’s going on with Nintendo that they’ve got the security guard giving the presentation? What is this?’

So true story of that first E3, what was going on. Some of the humorous moments. But it was a moment. It’s a moment that certainly helped define me, and helped define the company.”