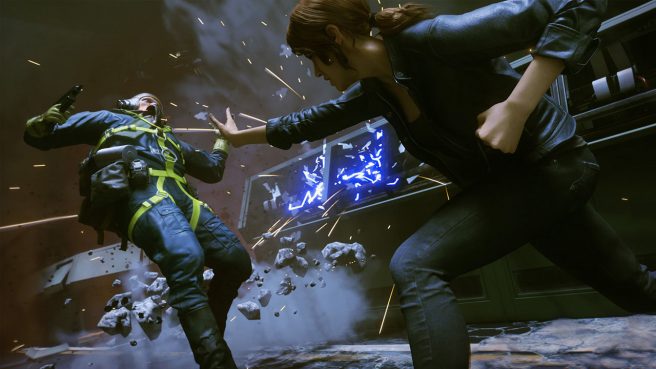 Puha told Nintendo Life that the team did “some due diligence on what it would take to produce a Switch port with an external partner, but deemed it not possible for a variety of reasons.” There were a number of factors at play, including technical, finance, and personnel roadblocks.

“I think it’s safe to say there would be no Control on Switch without the Cloud.

We did dedicate some time a while ago to doing some due diligence on what it would take to produce a Switch port with an external partner, but deemed it not possible for a variety of reasons. The bottlenecks are all of those things you mention: technical, finance and personnel. It isn’t a question of want. Of course, Remedy and 505 Games want Control on many platforms, the Switch included. If only it would be that easy. Trust me, one of the hardest things in making games is all the compromises you have to make.

Getting games to very different hardware platforms is really time-consuming and tough. Our Northlight engine is really not built to work on the Switch, which I’d say goes for most engines, so you would have to spend a significant amount of engineering time to make that happen. Then you have to think about if all that work is worth it for just one game, when you should be getting the engine ready for next-gen and the future. We would rather ensure that our tools and teams are ready for the future games as well as they can be, rather than going back and doing the kind of work that would be a very one-off thing.

You can’t just easily outsource the port, either. The technology and the engine are Remedy’s, so we would still need to be involved pretty intricately from an engineering point of view. There are so many things to think of, like is a certain middleware available for Switch, how long will it take to update it, and so on. As always, it’s about resources, and we have very few at a company the size of Remedy, where we are working on several very different projects at once.”

Control Ultimate Edition – Cloud Version launched on Switch this week. Rather than running off of the system, everything is handled through the cloud, so an internet connection is required.