Posted on May 28, 2020 by Campbell(@CampbellSGill) in Reviews, Switch eShop 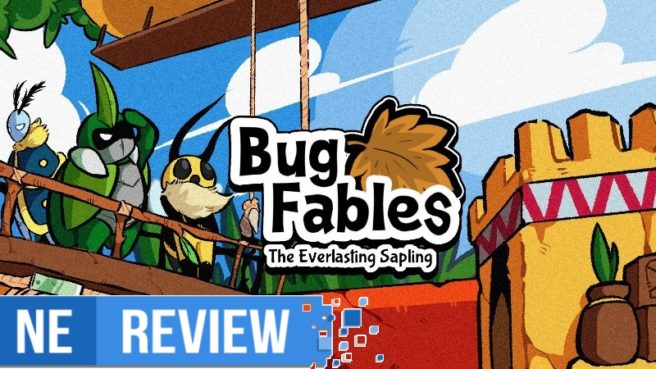 When even Nintendo itself has abandoned the winning formula of classic Paper Mario games, it’s up to indie developers to carry on that beloved legacy. Bug Fables is just such a game. From its combat system to its graphics to its personality, Bug Fables is a cute little RPG that simply oozes Paper Mario. However, it nonetheless carries its own distinct identity. It tells an impactful and emotional story along with a streamlined gameplay flow that all work together to make it a truly distinctive and worthwhile RPG in its own right.

As the name would suggest, Bug Fables is set in a miniature world populated entirely by bugs. Across the diverse regions of the kingdom of Bugaria, explorers search for the mysterious Everlasting Sapling, a treasure that is said to grant eternal youth and power to whoever possesses it. The game follows three misfit explorers who are put on a mission to find the sapling for their queen: Vi the Bee, Kabbu the Beatle, and Leif the Moth. Across their adventure, they’ll encounter the villainous Wasps, who strive to take the sapling for nefarious purposes, and our intrepid heroes will have to find a way to obtain the Sapling and defeat the threat of the Wasp kingdom. 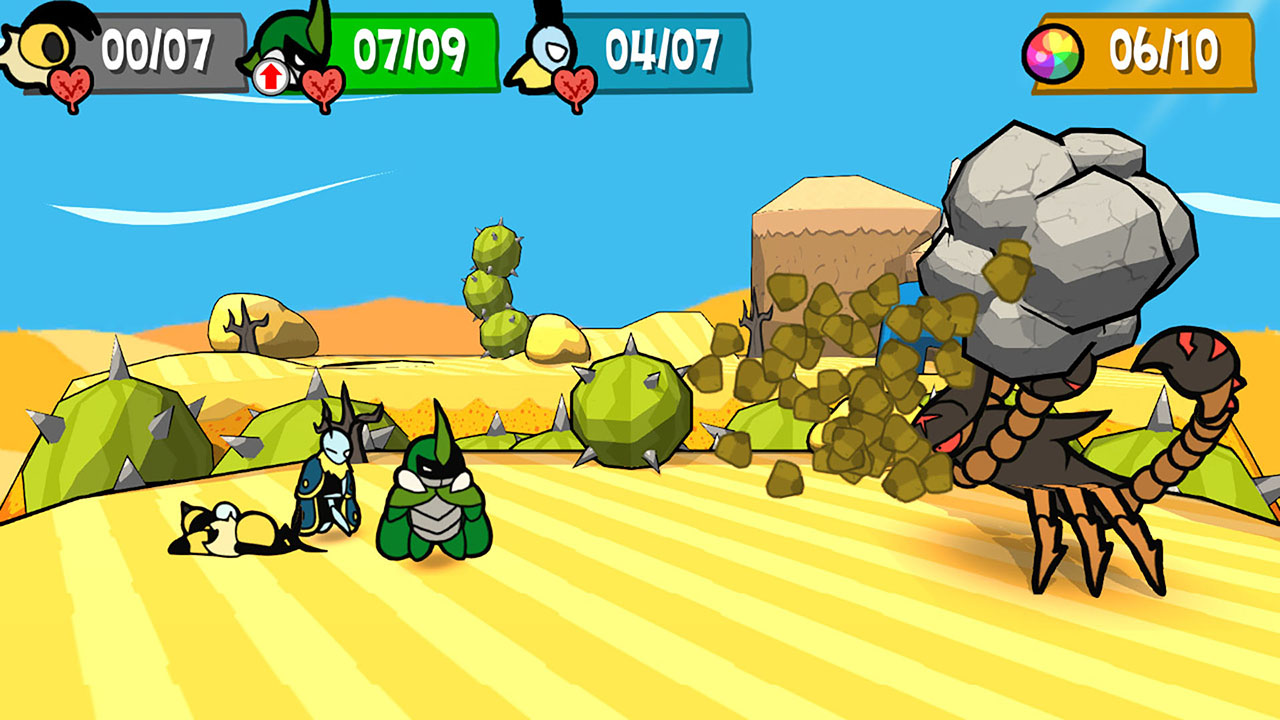 There’s no denying that this is a relatively typical setup for an RPG. What makes it so special, however, is not the story itself, but the characters within it. Bug Fables has a remarkable cast of truly lovable characters that genuinely develop across the course the narrative, not least of whom are the three main heroes themselves. Each one of them might seem to conform to genre stereotypes at first, but they grow beyond these archetypes into their own characters as the story progresses. Vi starts as a headstrong rebel who runs away from home before softening her edge, Kabbu is a warrior whose stoic nobility is a mere coping mechanism for his troubled past, and Leif begins as the typical mysterious magic user but whose backstory gradually evolves to reveal his enigmatic past. These three characters are the only active party members in the entire game, which might disappoint players who enjoy experimenting with party builds, but this streamlined focus allows Bug Fables to fully develop its characters’ stories such that it’s easy to feel connected to them by the adventure’s end.

This streamlined party structure influences the gameplay, and specifically the combat, as well. Continuing to draw comparisons to Paper Mario, Bug Fables features a classic turn-based battle system with elements of action and timing. As in other classic RPGs, you can select actions from a menu to perform them in combat, but like Super Mario RPG or the later Paper Mario games, you typically have to perform a quick time event to execute the move. For instance, for Kabbu’s physical attack, you have to hold down on the d-pad for three beats and to release on the fourth, or for Vi’s special “beemerang” move, you need to wiggle the control stick back and forth repeatedly. Combat is thus both simple and dynamic at the same time, and the party structure allows it to be free of some of the issues of typical RPGs. EXP is equally shared among your whole party, which means that you never end up having one character under- or over-leveled. This means that the game can progress at a fair and consistent pace, since your party is always balanced and ready for whatever challenge that gets thrown at you. 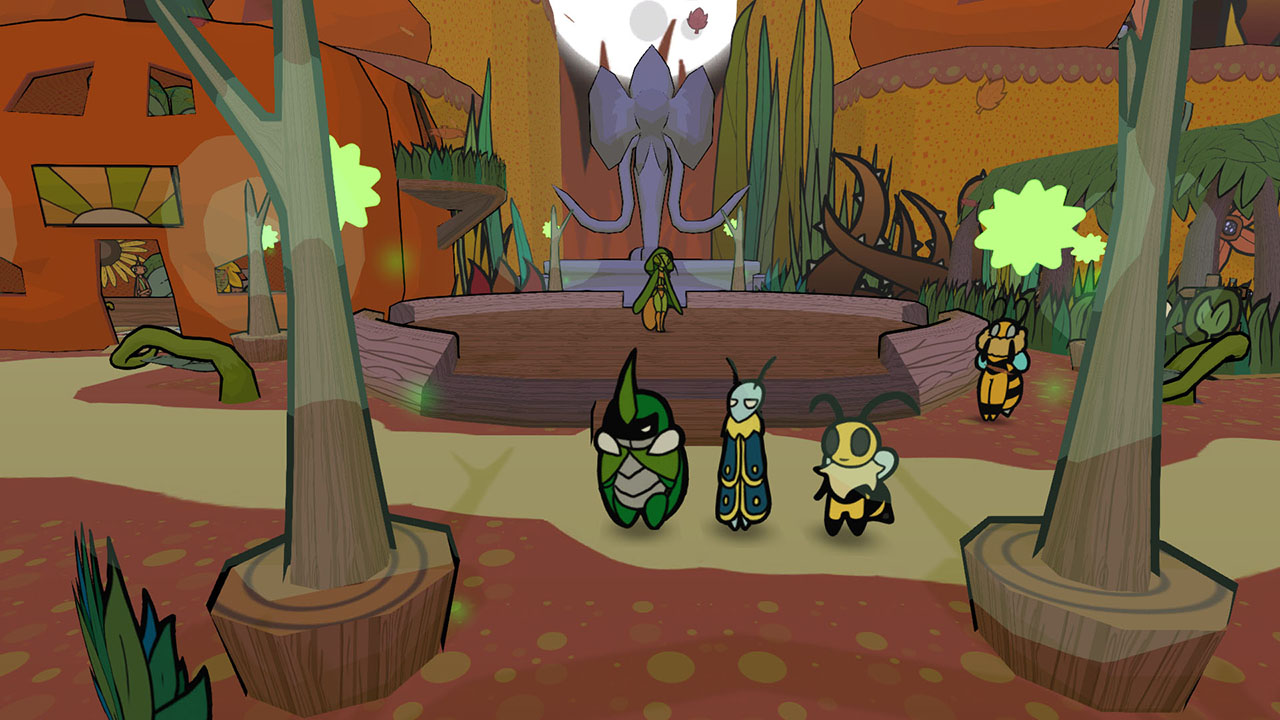 The gameplay outside of battle adds a much-welcome wrinkle to this elegant formula. Exploring the world itself is a pleasure, as it is bright, colorful, and filled with varied locations to discover and memorable characters to meet. Furthermore, each one of your party members also has special abilities that can be used to interact with your surroundings. Vi’s beemerang can hit switches or turn knobs from a distance, Leif can freeze water with his ice magic, and Kabbu can break obstacles down with his strong horn, for a few examples.

Easily the best part of the world design is just how much care and attention to detail that has been put into its creation. With a simple click of the minus button, Kabbu, Vi, and Leif can have a brief conversation about the room you’re in or the NPC in front of you. These conversations are unique for every room and every location, meaning that there are hundreds of distinct dialogue sequences to enjoy. Each one of these is charming and adds plenty of detail to the world and the party’s relationships, fleshing out the characters with much-welcome detail.

While the 3D environments are pretty to look at, they are all viewed from a fixed camera angle, which can make the frequent platforming challenges and puzzles within them feel very frustrating. It can be difficult to gauge distance or location due to the fixed perspective—there were some instances where I fell into a pit 15 times in a row because it was simply impossible for me to tell where I needed to jump. Such inconveniences don’t pose too much of an issue in the grand scheme of things, however, as puzzles tend to be relatively straightforward once you can get past the occasionally frustrating platforming. 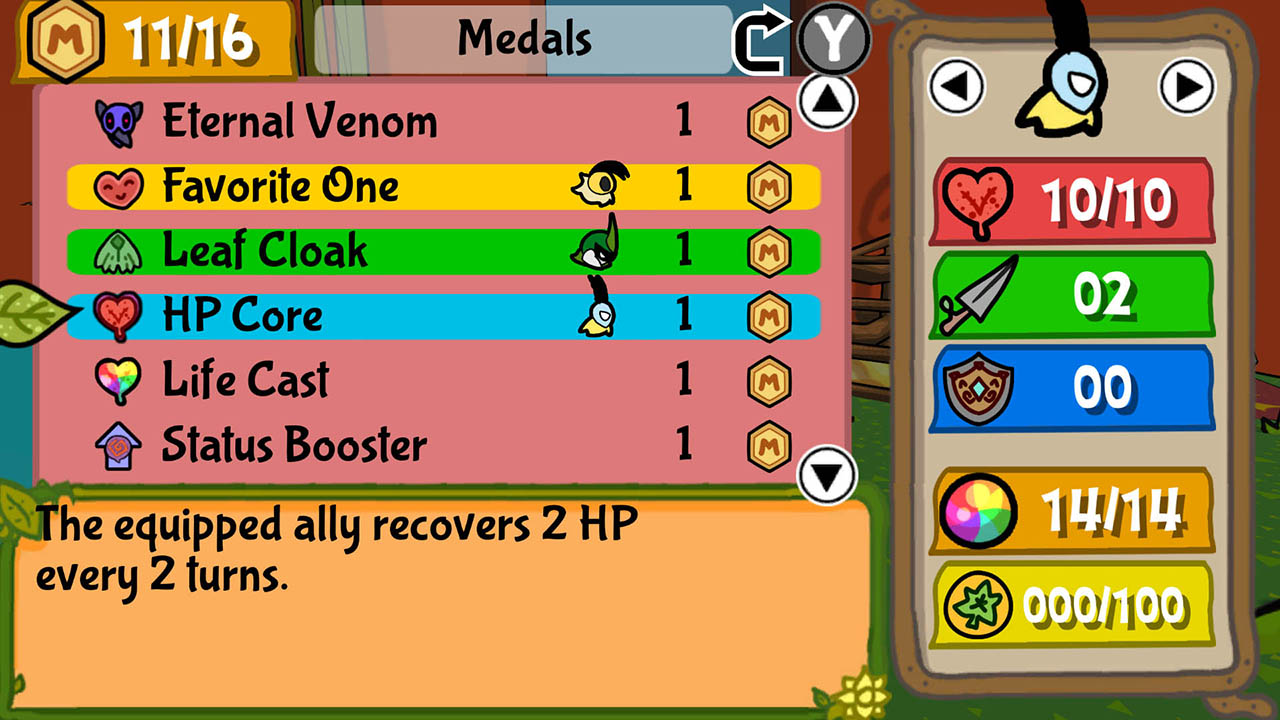 Bug Fables doesn’t outstay its welcome, either. It’s fairly compact by RPG standards, clocking in at about 25 hours to finish the main story. However, I was making a beeline (pun fully intended) to the conclusion for the sake of the review and didn’t finish all of the game’s many expansive side quests. These range from simple fetch quests to much more ambitious objectives, some of which can pit you against brutal super bosses. I could easily see the playtime stretching to 30 or 40 hours if you wanted to see everything there is to accomplish in the game.

The game world itself might be filled with bugs, but thankfully that doesn’t extend to its performance, as it looks, plays, and sounds great on Switch. Visually, it looks sharp and the art style is appealing both on the TV and the handheld screen. Environments are bright and colorful, designed with a cardboard cutout-style approach that bears more than a little resemblance to Paper Mario. Likewise, all the insect characters have delightfully charming character designs as well. Aside from a few graphics-intensive areas where performance can dip momentarily, the framerate is similarly solid, making for an experience that is as pleasant to look at as it is to play.

Bug Fables achieves what so many games attempt but what so few accomplish: it creates a cast of endearing characters that grow significantly throughout the story, to the point that they feel truly human by the end (as much as bugs can do so). Add that to its beautiful presentation, its simple yet effective combat system, and its lovingly detailed world, and it manages to capture the magic of classic Paper Mario without feeling like a simple clone. Its puzzles and platforming might be frustrating at times, but in the places that matter most, Bug Fables grows wings of its own to help it fly all by itself.