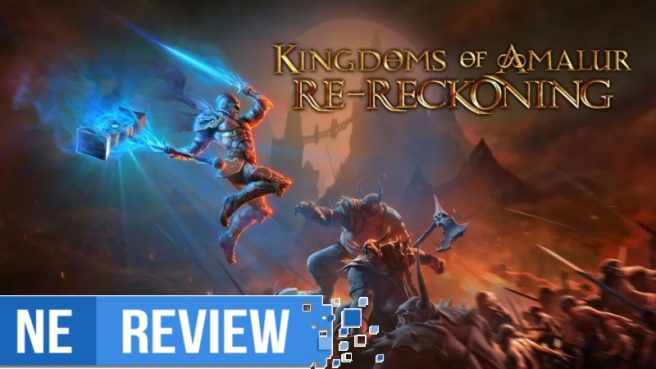 Some games are like fine wine and age better with time whether through sheer nostalgia, groundbreaking ideas, or art direction while others are lost in the wind or just manage to barely stay alive through a small but dedicated fanbase. Despite originally being published by EA, Kingdoms of Amalur leans more towards the latter of having that cult following. While there are many reasons for this, the game was well-received at the time, though it wasn’t exactly brought up in conversation when discussing popular western or medieval RPGs. But now thanks to THQ Nordic, Kingdoms of Amalur gets another shot in modern times with a remaster that’s worthy of a second chance, even if it is visually untouched outside of polish – at least on Switch.

Kingdoms of Amalur: Re-Reckoning is a remaster in the purest sense of the word, cleaning up anything that may have been seen as muddy or blurred during its initial release by today’s standards, bumping up resolution, accentuating colors further to give more vibrancy to Amalur’s many flourished environments, and of course packing in all previously released DLC into one nostalgic package. I put many hours into the game’s big and creative world when Re-Reckoning was initially released on other platforms, so it was a bit jarring to jump into the game once again on Switch where I felt my experience was more akin to the original game than what the remaster truly looks and feels like on my time with it on an Xbox One X, where it shined and looked fairly pretty with 4K and HDR despite its age. On the Switch, however, all of those bells and whistles aren’t present due to hardware limitations, as well as dropping from 60 frames per second to 30, but what is here in both docked and handheld is still vastly better than its 2012 counterpart, providing a solid and classic RPG experience, even if it is undoubtedly a product of its time.

Kingdoms of Amalur: Re-Reckoning has you choose between four playable races that will determine how your stats are influenced and what perks you’ll have along your travels throughout The Faelands: Almain, Varani, Ljosalfar, and Dokkalfar. These will not only determine the foundation of your look before customizing it further with its plentiful yet modest presets and sliders that can adjust your hairstyles, faces, piercings, and the sort, but are also great for particular playstyles to make things more suitable for those that may prefer a more brute force approach, ranged, stealthy, or strategic adventure moving forward, though this can be swayed and flexed further by a set of subclasses later on. 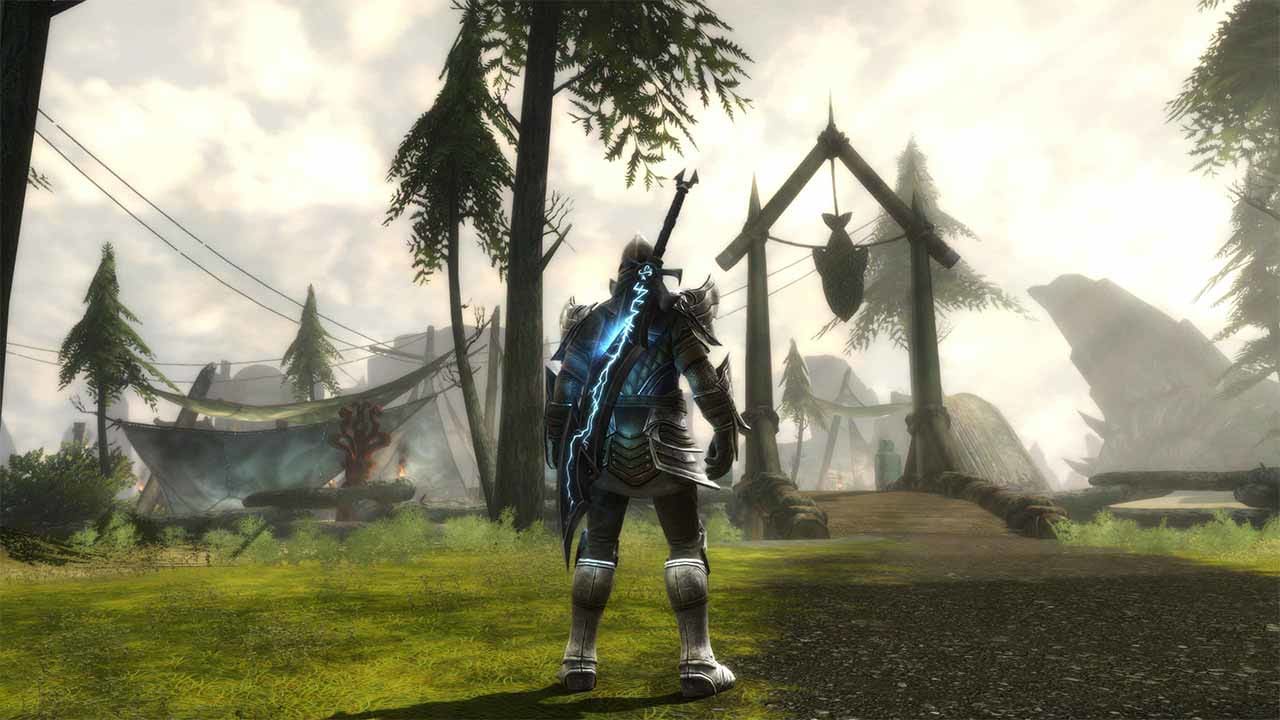 One of my favorite things is how Kingdoms of Amalur: Re-Reckoning cleverly weaves its character introductions and customization by having a prior cutscene rather than designing a character beforehand where your character is under a cloth as they’re being taken to be cremated before mystically being revived to protect others from impending doom. As a former mortal who suddenly harnesses a plethora of powers and techniques, you will carve your own destiny as a “Fateless One” where every action you take will alter and grow with your character. It’s a neat way that, for narrative purposes, also allows you to switch between tons of loadouts as you please, which is where these subclasses come in.

Whenever you distribute skill points as you level up, you’ll choose between Might, Finesse, and Sorcery, and distributing these points as you like will also unlock and determine tiers of classes that you can go back and forth between at will, but of course with each giving its own set of bonuses as well as pros and cons that will benefit certain armor and weapon types more than others. These classes or “Destinies” come with a slew of perks that will be unlocked as you allocate a certain amount of points in your Might, Finesse, and Sorcery categories, and can even be mixed late-game for maximum flexibility and stat boosts. From Rogues to Duelists and Warlocks to Universalists, you choose your own destiny and how you play. It’s great getting a feel for a bunch of different loadouts and not being restricted to a set class or approach to playing like some games do and being able to see and try so many fun spells and attacks without a significant disadvantage because of an improper setup. 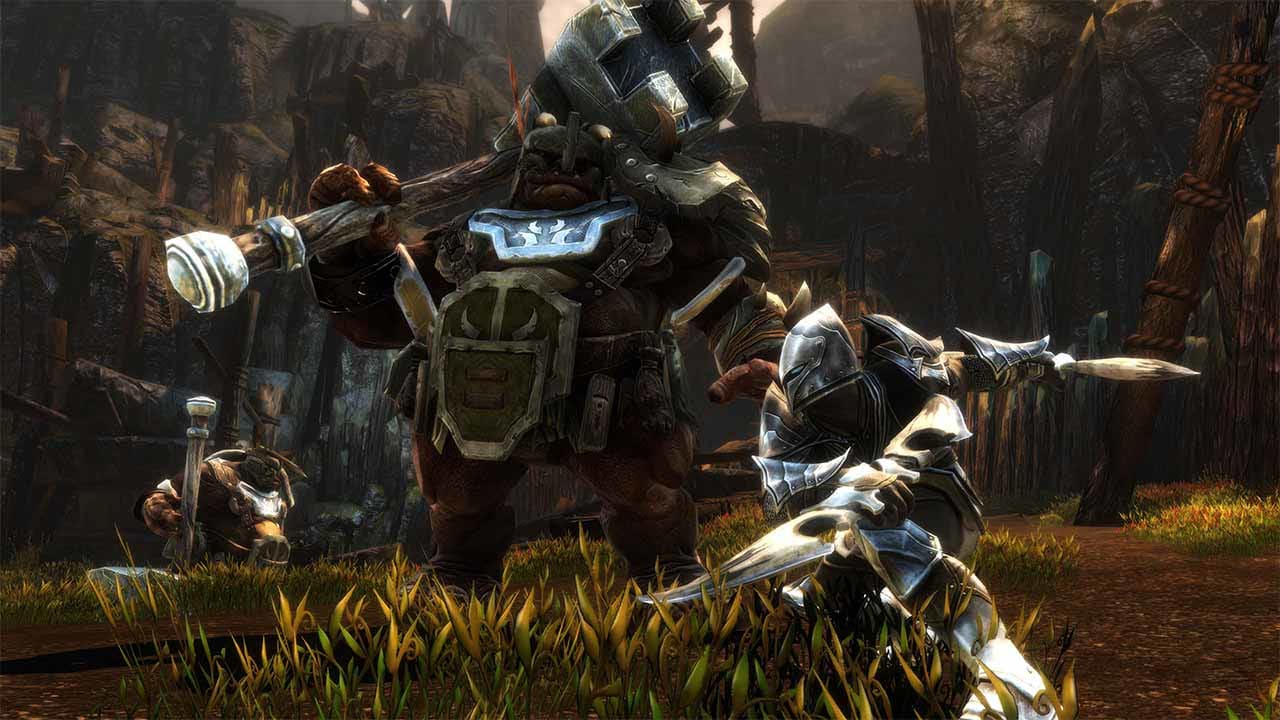 Combat is fairly straightforward with a primary and secondary weapon that can be mixed and matched any which way you’d like, each with durability that reasonably goes down as you play. You’ll always be able to restore weapons and armor to their former glory with repair kits, but it’s something that doesn’t get in the way thanks to the reasonable duration each weapon and armor lasts, all with varying levels and limitations to durability so your mind isn’t plagued with the thought of having to constantly worry about whether or not you’ll be able to dish out a decent amount of damage for the more intense or spontaneous bouts. Regardless of the route of race, fate, or destiny you choose, the game is always accommodating and adjustable to every style of play and preference, and though some enemies will unsurprisingly be more susceptible or advantageous against certain builds than others, nothing ever feels unfair or impossible, making Kingdoms of Amalur: Re-Reckoning a hugely flexible game that ultimately just wants you to have fun and live out your role-playing dreams of being any sort of combination of class you want.

Something that’s of note, however, is that since this is a remaster in the purest sense of the word – retaining its core foundation of just about everything from its original release – the camera work unfortunately suffers because of it. Expect cumbersome encounters with more than two enemies at a time as targeting can be finnicky and the camera tends to bounce all over the place depending on where you and your enemy are located, as well as if there are any obstacles in the way such as walls, trees, buildings, and the like. It can be attributed to extreme frustrations when dodging is of the essence but any visibility of incoming attacks is not to your favor. It’s something you’ll unfortunately get used to, and while far from the worst camera I’ve ever seen from a game of this caliber, it can be a struggle to deal with from time to time and has caused me many time to resort to other activities and side quests such as hunting certain animals or thievery instead, so long as I could do something that didn’t involve any sort of combat.

Kingdoms of Amalur, thankfully, has a ton of content in its base game – let alone the inclusion of its prior DLC in Re-Reckoning – that will keep you busy for quite some time and comes in a healthy offering of narrative backgrounds that involve even more choices within – and the best part is that it’s all fully voiced. Some quests are funny, others are extremely dramatic, while some are romantic and worrisome. Kingdoms of Amalur: Re-Reckoning does well to give a wide palette of gameplay, quests, and narratives that will suit just about anyone’s interests in RPGs, even if the medieval and/or fantasy aesthetic isn’t typically your thing; there’s still a lot here to appreciate almost ten years later. 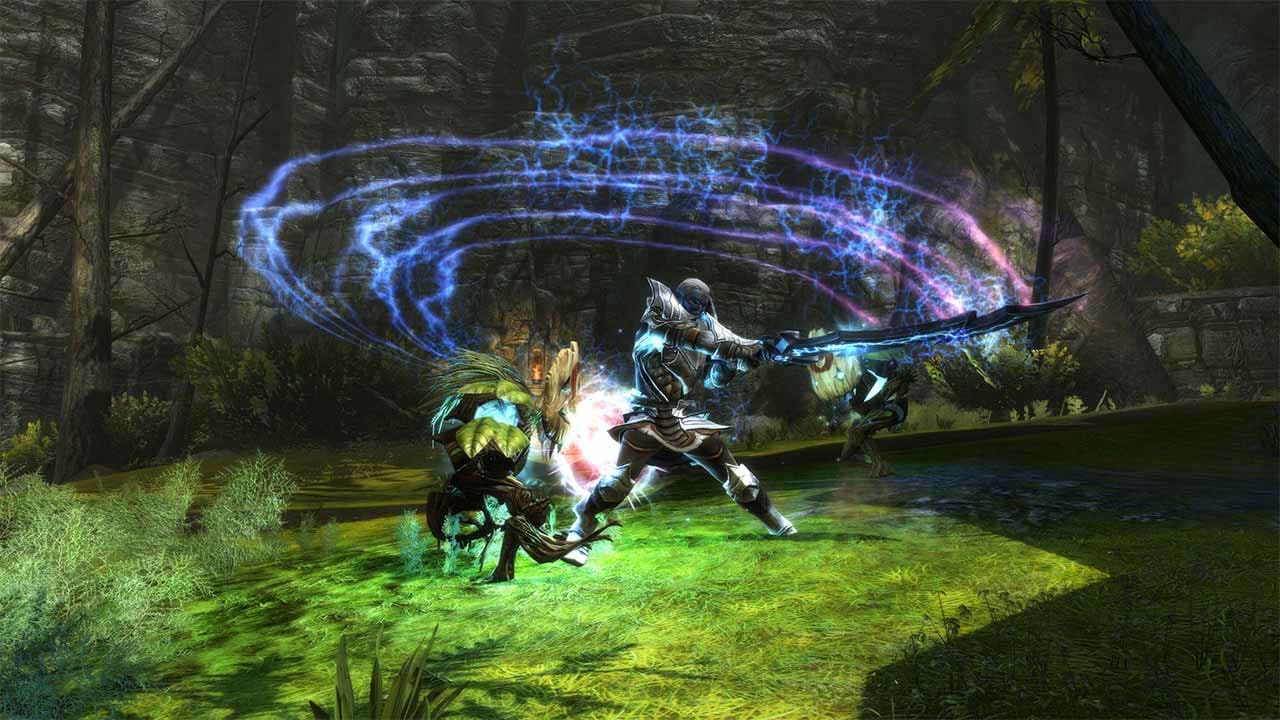 As you make your way through Kingdoms of Amalur’s map, you’ll meet a wide cast of characters that will aid you on your journey from all walks of life, and with each comes an incredible amount of dialogue choices to not only gather more information, but deepen lore, gain knowledge of your future, as well as just getting to know the people better. Whether you’re at an inn, any shape of shop, dungeon, village, path or wherever, people are more than willing to talk to a Fateless One. A lot of the dialogue can repeat from person to person as you’ll be given preset options to ask people certain things either through a list of choices or a wheel where dialogue is selectable before moving onto another wheel of choices. The repetition can be annoying, especially when you’re looking for that one bit of helpful of information and having to sift through a lot of the same stuff over and over to do so, but those moments that remain tailored for each NPC give it a nice touch of liveliness to Amalur’s epic scope and world.

Unfortunately because of its epic scope and world, it brings along extremely long load times when starting a game and going between buildings or fast traveling, which isn’t as apparent on my time with it on Xbox One X and the brief moments I’ve had on PC. It’s nothing that will ruin the experience by any means, and considering what you’re getting to play within once the loading is done makes it all the worthwhile, it’s still a shame and a bit of a mystery how a game so old still remains with such long load times on superior hardware. However, this is a trend that we’re all too familiar with on the Switch to begin with.

Kingdoms of Amalur: Re-Reckoning is definitely a product of its time and even has a sort of “time capsule” feel to it as you go through what is effectively an enhanced port on Switch rather than what feels like a true remaster (particularly on the hybrid console), but while it definitely has systems in place that may feel dated by today’s standards, it remains a humbling experience that provides tons of hours of fun at home or on the go. It won’t blow anyone away, but for those that may be looking for a more flexible experience that isn’t as deep or confined to a traditional format – even if the experience can be a bit cliché at times – Kingdoms of Amalur: Re-Reckoning is a solid offering that translates and fits surprisingly well on the Switch, and gives owners a piece of RPG history that may have been overlooked or forgotten.

Kingdoms of Amalur: Re-Reckoning is a remaster in the simplest sense, bumping up the resolution and cleaning things up while providing all previously released DLC in a single package meant to usher in nostalgia for fans and introduce new players to a classic and acclaimed RPG for its time. It’s not doing anything groundbreaking, and compared to other remasters, this is are barebones as it gets. Still, the game on Switch is a competent port that holds its own and gives arguably one of the best yet underrated western RPGs of the last ten years that portable flexibility. Even if it feels simultaneously enhanced and dated on the console, there’s on denying that Kingdoms of Amalur: Re-Reckoning remains a unique and fun title to this day, as well as a suitable alternative to those that may have never gotten the chance to experience the likes of Fable, Greedfall, or Dragon Age.