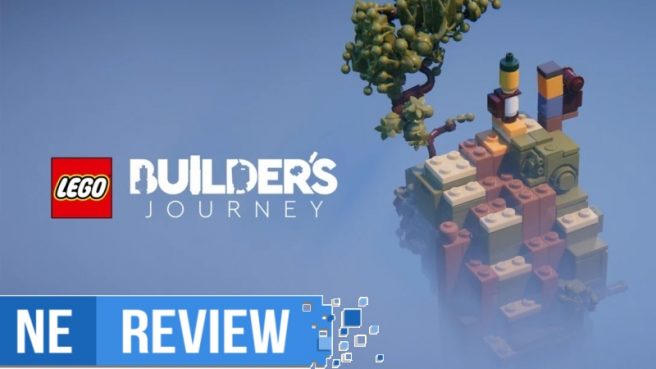 LEGO has had a long history of making games in which their mini figures take center stage and are adapted for different licenses across film, television, books, and more. One of the biggest challenges, however, is that the bricks themselves can sometimes feel neglected. Light Brick Studio’s LEGO Builder’s Journey is the first brand new IP not only from the studio, but from the brand in quite some time. It aims to finally have the plastic bricks be recognized as a star of their own, giving us not only a game that provides ingenuity, but – much like the blocks themselves – creative freedom on how you place and manipulate the blocks as you carve and build a journey for yourself through a sequence of beautifully poetic puzzles and masterful narration through environmental storytelling.

LEGO Builder’s Journey isn’t just a simple puzzle game saying “put this here and here” – it’s much more than that as it has levels that utilize perspective, obstacles, platforms, lighting, block manipulation, and more to make the experience dynamic and has your puzzle solving also be a part of that growth as you get deeper into its levels. The narrative is poetically conveyed through the pieces you place and the actions from each puzzle as you guide the builder to a usually nondescript goal that naturally reveals itself as you place the LEGO pieces together. It’s a beautiful and calming experience from beginning to end that’s surprising to see from the likes of LEGO given the usual licensed history of their products over the course of the last decade plus especially, but there’s no denying the love and passion put into this from Light Brick Studio shows that they know LEGO better than anyone, and the talent there was able to wonderfully weave a story of building trust, relationships, and love through the building and utilization of the blocks that build the foundation and structure of our path forward. It’s truly a journey of building as you go through Light Brick Studio’s colorful canvas that rewards and entices ingenuity and creativity. 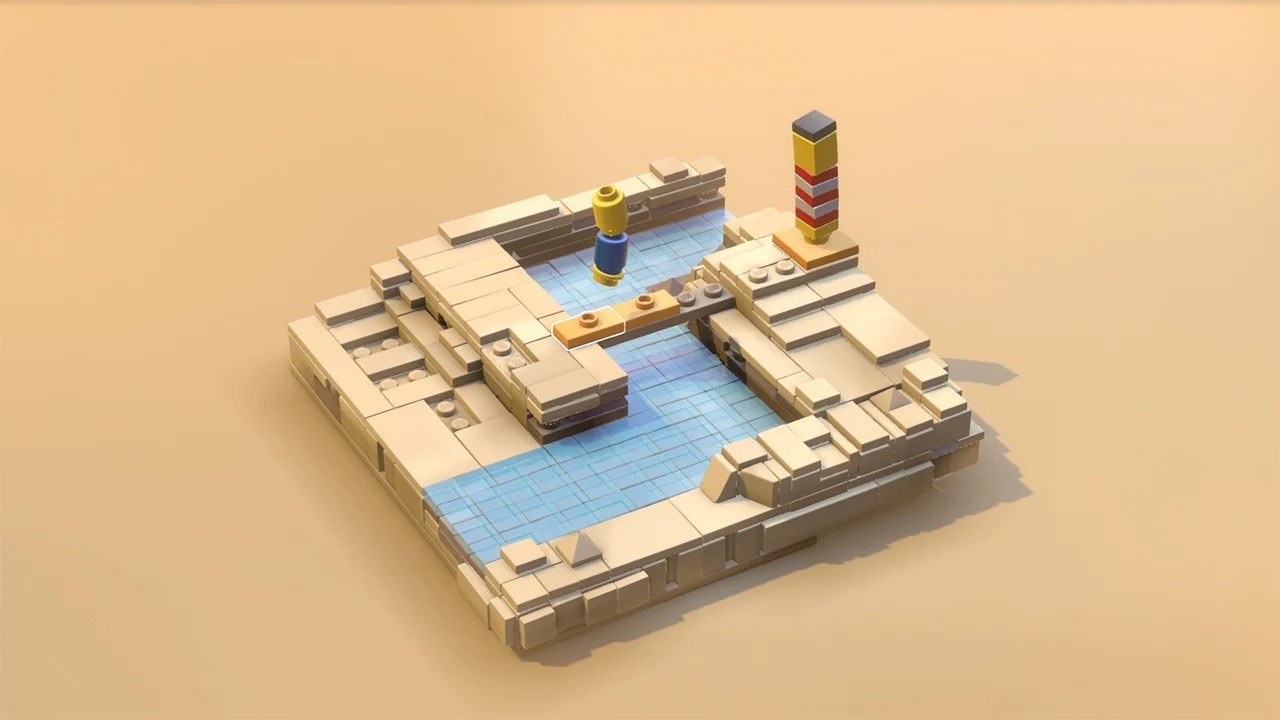 The game runs beautifully on Switch in both handheld and docked modes, though I found performance and gameplay to be much more favorable for handheld mode as the touchscreen support and fluidity of the game felt a lot more natural because of its mobile background. Even more so, however, is that the attention to detail is great, and in touch mode you’ll notice these applications of detail like being able to brush your fingers over objects that interact with the environment, like watching water ripple when you slide across it in the levels that contain them, or the bricks interacting and clashing with other pieces sometimes causing a level of destruction depending on how fast you’ve collided your moving piece. It just makes all of the environments feel alive in some way, and almost as if you’re building a virtual LEGO set, but one that comes to life before your very eyes.

Speaking of coming to life, even with a lack of ray tracing that’s available in its PC build, LEGO Builder’s Journey is still aesthetically pleasing and nice to look at, though there’s no doubt it’s still very much a game, whereas its PC version is nearly indiscernible from building an actual LEGO set. With a crisp resolution and performance, little omissions like the realism of the reflections of the plastic down to the smallest details of finger prints from the oils of hands that you would see on PC don’t necessarily hurt the Switch version by any means, as its core gameplay, message, structure, and integrity is still very much in place despite the lack of graphical prowess. 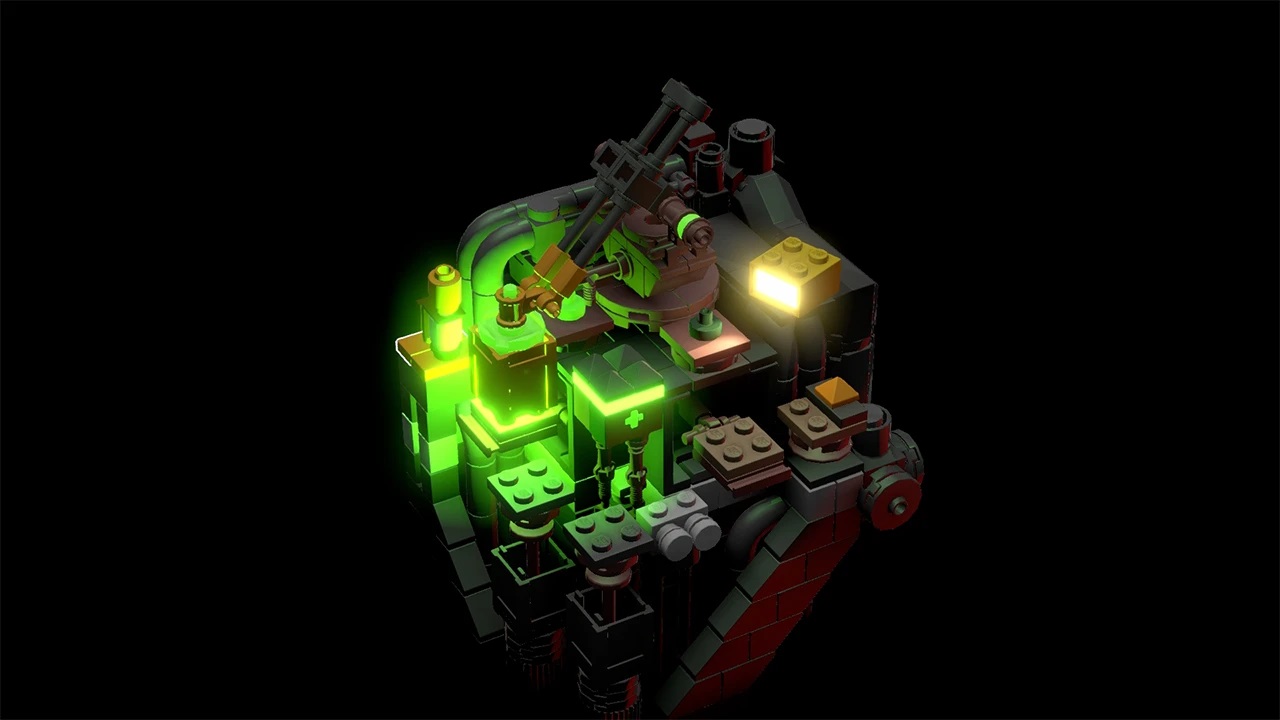 LEGO Builder’s Journey undoubtedly prides itself in its accessibility, being able to play how you like, but also thanks to its simplicity of the controls, you can focus on the puzzles themselves in an intuitive fashion without having to frustrate yourself over remembering an excessive number of button inputs or a combination of such. The button inputs are super simple and accessible for anyone to play, with “A” basically doing the bulk of the work to rotate, grab, and place, depending on how you hold or tap the button. “B” drops the pieces entirely if you decide you want to pick something else up, and if you want a better perspective of the level you’re currently building on, the right stick can rotate the camera in virtually all directions up to a certain degree, though not entirely 360. It’s Captain Toad-esque in this regard, though there’s no doubt the inspirations of LEGO Builder’s Journey comes from multiple facets of admiration towards the genre and the games that helped define it over the course of the last few years, with the music and ambiance helping to lend the narrative and fluidity of its gameplay further, with its sort of matryoshka doll design being akin to award winners such as Monument Valley and The Room.

The music especially throughout LEGO Builder’s Journey is extremely calming, and you can tell the craftsmanship that went into meticulously crafting an ambiance and an atmosphere that work harmoniously with the levels and themes within them so the player can focus and be immersed until the credits roll on the game, which arguably won’t take long depending on how immersed you find yourself in. The game can easily be beaten in one sitting at roughly two hours, even well below that after your initial playthrough. It’s also a perfect weekend game to have a nice cup of coffee to. 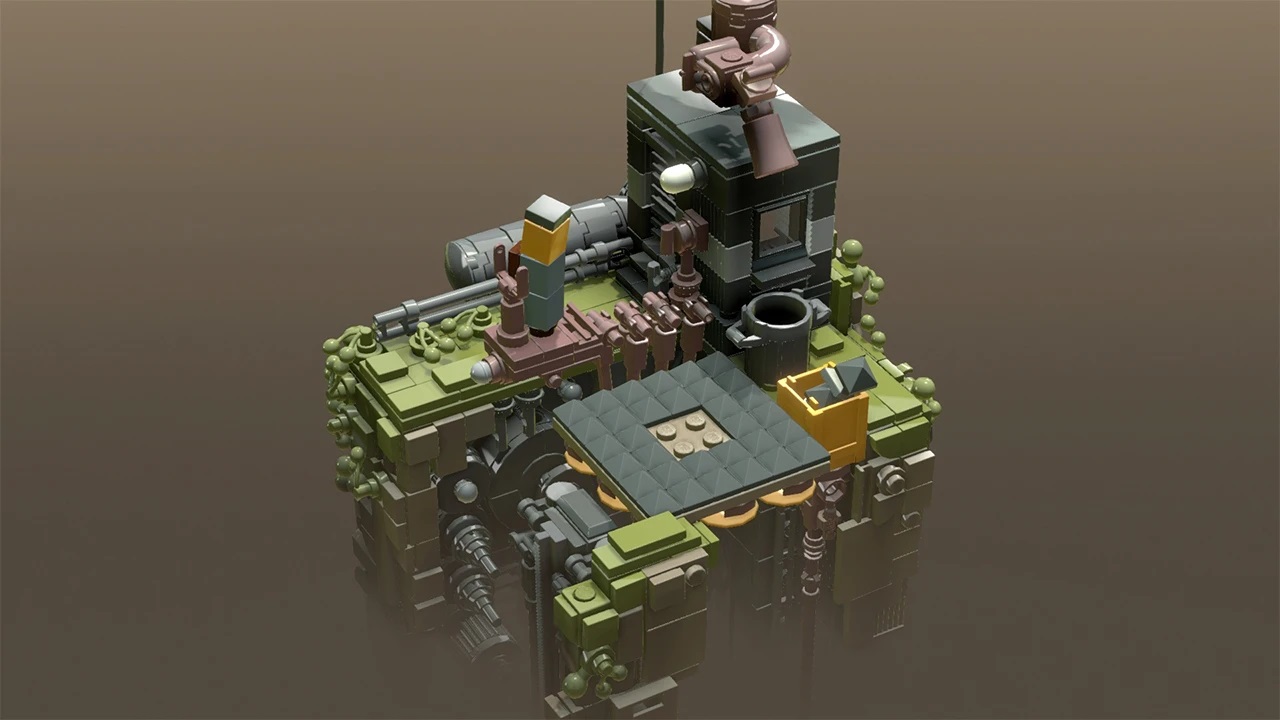 There’s a special place that LEGO Builder’s Journey will inevitably hold in everyone’s heart to those that do pick it up looking for the next best puzzle game to get cozy with, and whether in handheld mode or docked mode, it’s a perfect fit on the Switch. Even though it’s not nearly as technically impressive as its PC counterpart, you’ll be taken an actual journey of stunning craftsmanship and ingenuity that can make the player feel the pieces they put together, especially with the utilization of HD Rumble. As bricks are placed, moved, stacked, and more, what the Switch version does have by comparison is the literal feeling of each placement you make moving forward from level to level, and with its music to soothe and guide you along the way, not once is there a stressful moment that takes you out of the experience, instead making the challenges more focused on the creative fortitude of the player rather than any intentional obstacle meant to hinder progression through difficulty spikes to artificially prolong gameplay.

LEGO Builder’s Journey isn’t about how fast or how slow you can get through it, but being able to take something with you from foundation to foundation as you slide across from level to level, building, growing, and moving forward to your next goal and never looking back. Light Brick Studio has built a new puzzle game that will undoubtedly stand among the greats in due time, and there’s no doubt that the freedom felt while building bridges, pathways, and more will be one that’s more widely adopted thanks to the simple idea of the brick whether literally of figuratively – one of the oldest and most useful building materials in human history.

LEGO Builder’s Journey is arguably the best LEGO game to come out in years, and some may even further claim that it may even possibly be the most impressive LEGO game to date. Its unique take on the puzzle genre is just so smart and feels new and refreshing as it takes advantage of the flexibility and utility of the very bricks that have laid the foundation of LEGO since its inception, and, while certainly for all ages, it embraces the more adult themes and aspects of life, focusing on connection and growth through a beautifully weaved together experience of environmental storytelling and the themes of our lives as we help the builder also grow, learn, and adapt throughout the levels of Light Brick Studio’s masterclass of craftsmanship. The Switch version holds its values in place to provide one of the best puzzle experiences on the system, and never asks much of the player to provide one of the most accessible and creative pieces of work the system has seen.