Posted on January 27, 2016 by Jakob Vujovic(@jakovujo) in Reviews, Wii U eShop 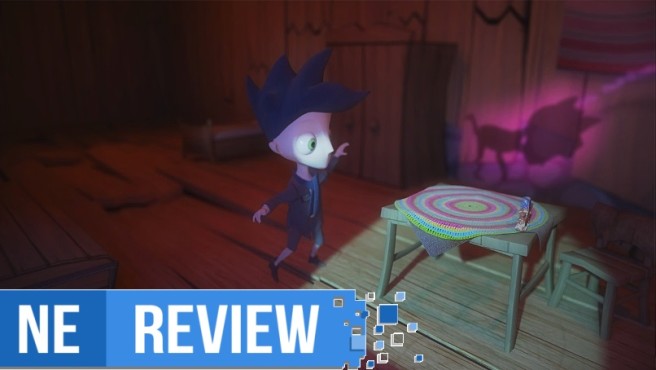 The premise of Shadow Puppeteer is simple: one night, a boy and his shadow are separated by a strange man playing a music box. From there, the journey consists of chasing him down throughout gloomy Tim Burton-esque levels. The game has you controlling the boy and his shadow individually with the controller being split by its left and right sides – each analogue stick controls a character with the buttons on their respective sides being used for jumping and other interactions. If you played Brothers: A Tale of Two Sons, the concept should seem familiar. Where this differs is that you control the boy in a 3D space and his shadow along the surfaces of the environment, interacting with other shadows as a 2D platformer. The two ideas on their own aren’t exactly unique, but fusing them together provides plenty of puzzling levels.

Shadow Puppeteer is a game that I have conflicting feelings about. Its design often feels at odds with itself. There are some elements that, although derivative, are weaved together in a wholly original way. On the other hand, frustratingly floaty controls and unclear level elements often impeded on the fun. It’s a game where I go from really enjoying the slow paced eerie atmosphere of one stage to being thrown into timed scenarios that only serve to highlight the game’s muddy controls. It feels like it was designed for its local co-op mode with single-player being an afterthought. 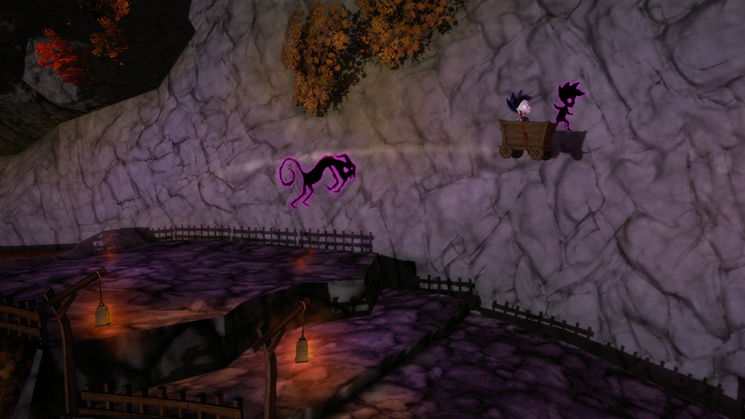 The title is full of promising design ideas, but as I mentioned before, the clumsy controls do not work well with many of the scenarios they put you through. Character movement feels floaty and jumping too close to walls at certain angles can make your character unresponsive.

One of the biggest problems with jumping is just how difficult it is to judge depth perception. Since the dark color palette would make it difficult to see a traditional flat shadow under your character, the developers opted for that shadow to instead be a purple light source underneath your character. The problem with this is that at the height of a jump, this light source gets too far from the ground and fades away. It’s sort of useless for jumping when it’s only clearly visible when your character is on the ground.

Since a lot of the platforming that you do in a 3D space takes place cloaked in shadows, platforms, walls, and holes can sometimes be flat and indistinct and too often you’ll be jumping over a pit and hoping for the best. This is only worsened by some baffling decisions to leave gaps behind platforms that appear to be against a wall and it only provides yet another way to fall into a bottomless pit. A good thing is that you have have unlimited lives and checkpoints are generous, but these kinds of problems are frequent enough that they are nevertheless annoying. This same flatness in lighting can occur when looking around the environment for important elements like an indistinct dark ladder in the bottom corner of the screen or a single pushable crate in a pile of static boxes. 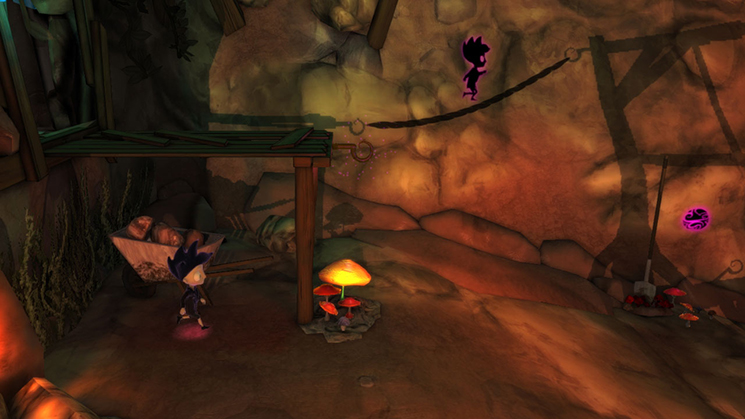 It’s also worth noting that I had serious issues running this game off of my solid state external hard drive (although this might vary depending on the type of hard drive you use), so you might want to have room for the 2 gigabyte file size on your Wii U’s internal storage.

Shadow Puppeteer feels like it was made to be played in local co-op first with single-player being an afterthought. I know that my brain certainly had a hard time processing the busier levels while controlling two characters in two different dimensions simultaneously. While the controls issues and difficult depth perception are still present in co-op, you only have to deal with it for one character and it becomes much more manageable. This allows some of the genuinely clever level design to shine through when it can be immensely frustrating on your own. It makes for a very good 4 hour-long co-op puzzle platformer.

Shadow Puppeteer is a game that can go from being immensely frustrating to a very good co-op puzzle platformer. Even though the execution can be more than a little rough in single-player, it has some very good level design ideas that unfortunately only excels in local co-op. I recommend this game only if you can find a partner to play with locally, otherwise you could be in for a frustratingly unpolished experience.