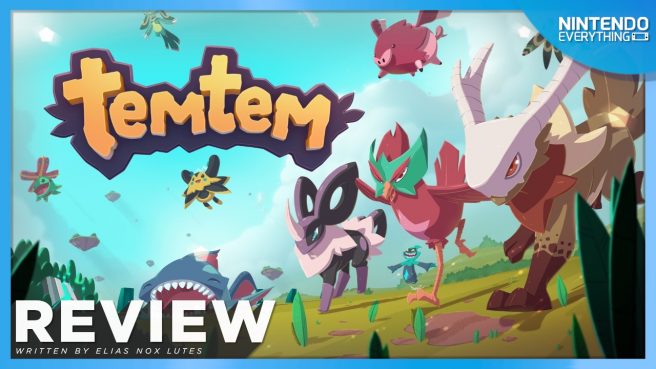 I’ve always wished I could be whisked away to a world like Pokemon or Dragon Quest Monsters – a place where I can collect creatures and build bonds. A world of adventure where friendships and hard work can lead to more and more epic battles with stronger and stronger opponents. Monster taming games will have to scratch that itch, for now, and Temtem’s island world has a ton of new creatures to meet and befriend, but will it become another destination for our “lets get reincarnated in another world and catch some monsters” dreams, or will this one be overshadowed by its acclaimed predecessors?

Temtem is a bit of a different approach to our standard monster taming adventures in that its an always-online world. Tamers can log in at any time and see adventurers like themselves running around in the tall grass, using facilities to heal their teams, or simply getting into fights with other tamers or wild “untamed” Temtem. As a player that has enjoyed monster taming games since childhood, this is a little bit of a dream come true: connectivity with the players like myself going on a monster taming journey in real time. Temtem is set across six floating islands of the beautiful Airborne Archipelago, each with vivid colors and new areas to explore – which means new creatures to discover and catch as well as challenges to complete battling at each island’s dojo or thwarting the annoying Clan Belsoto.

Battles are conducted with two of your Temtem out at once. Untamed Temtem found in the wild may appear alone or with another untamed at its side. The partnered Temtem can execute moves side by side, and here is where things can get very interesting. When battling, certain moves can trigger an effect called “Synergy” where if the partner of the user is a specific type, the technique will have some added effect or increased damage. While this is only scratching the surface of the team-based battling system, players of previous monster taming titles will feel right at home in Temtem’s turn-based fights. 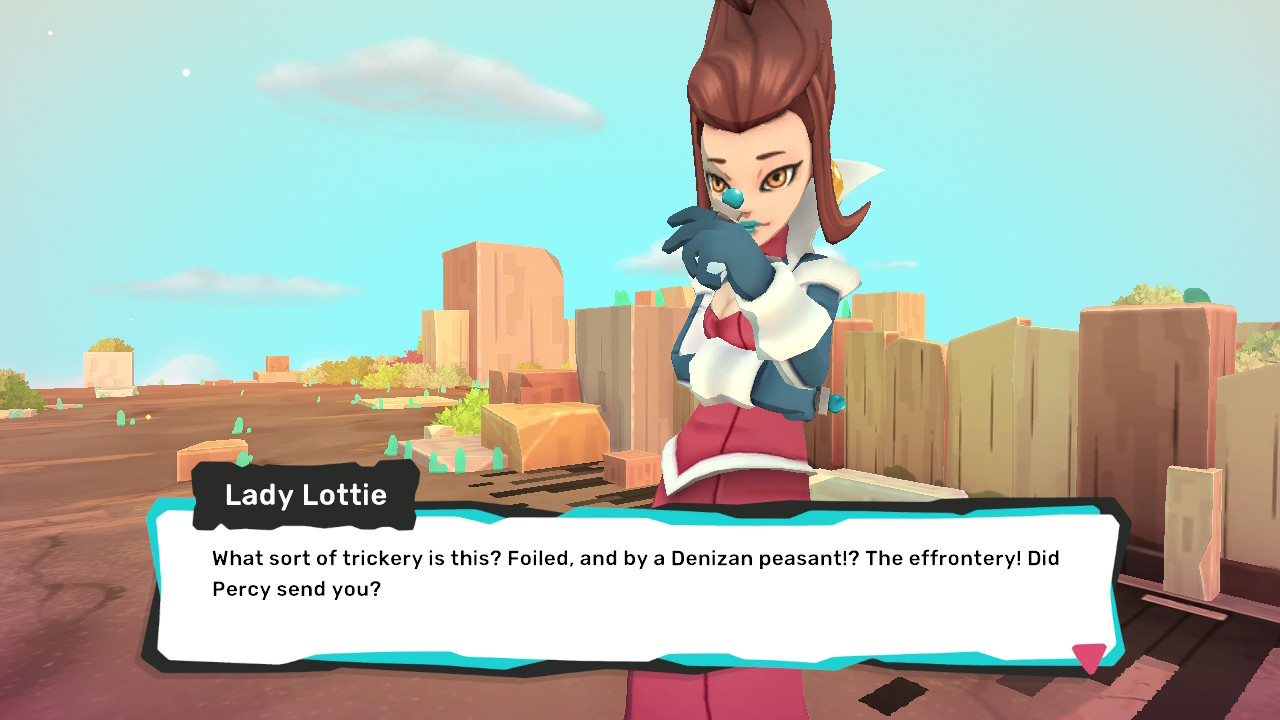 Battles have a lot of depth, so making sure to reference type charts and learn the best synergy moves will give you an edge in battle. Temtem is not very forgiving when it comes to dealing damage and balancing combat. Even if you outlevel enemies, you’ll still need to take fights seriously in early game. Making sure to stock up on healing items and make use of the Temessence Vial as a last resort will be helpful in getting as far as you can without the danger of getting wiped out. If you do happen to lose your team, you will lose a chunk of currency and return to the last HealTem Staton you visited.

Breeding, trading, and battling your friends online are also available in game, with breeding being as complex an affair as anyone might imagine. Temtem are able to pass on moves to their offspring, as well passing down stat values. For competitive players, these values are displayed when viewing the status screen, making it easier than ever to identify monsters with better potential than others for serious play. Attempting to breed and raise powerful Temtem with the most desirable moves can take some time, but that’s also where the trading system makes a good introduction.

Boasting full cross-play, Temtem allows you to play with your friends no matter what platform they purchase the game on. This means that if you have a friend that caught a great monster that could help your team or your breeding endeavors, you can easily connect with them and play together. Trading and battling with friends can be fun of course, but now what of the core adventure’s gameplay loop? Entirely capable of being played together with a friend. 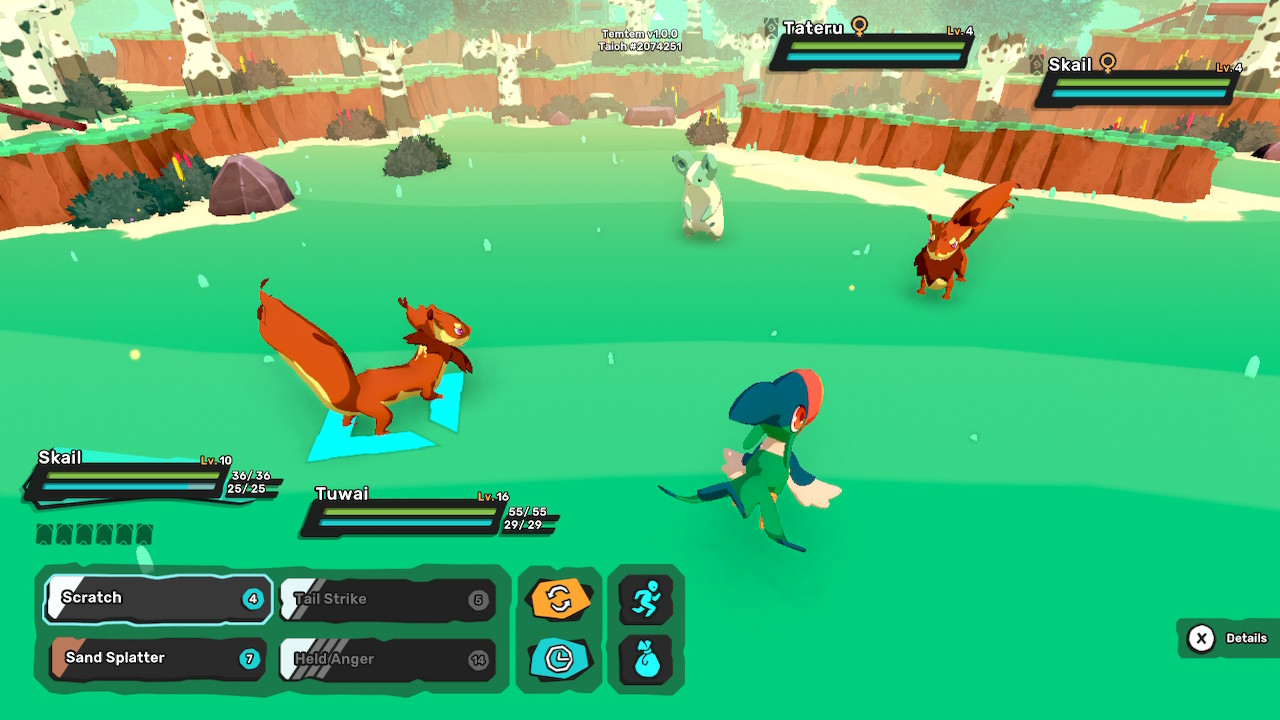 Exploring the archipelago’s islands will introduce a lot of side quests and new areas to search for Temtem. While chasing the next Dojo challenge, the story is also highly intwined with the working’s of the nefarious Clan Belsoto. Each encounter with the clan will have the player unraveling a series of terrible plots to take over the various islands and disrupt the way of life of its people and its environment. With a bit of a darker approach, Temtem’s writing absolutely is a breath of fresh air compared to the more family-friendly-focused popular franchises. With tongue-in-cheek humor and multiple pop culture references, the writing for characters is an absolute joy at most times – with its serious notes still hitting hard when needed. All of this can be enjoyed with a friend by your side, with each player giving commands to their own lead Temtem and working together to defeat enemy tamers and untamed encounters.

The story campaign’s quests will be easily identifiable, with an objective marker on the player’s minimap showing the way. A list on the right hand side of the screen will also show current main and side quests, reminding players of the various objectives to complete. Opening the larger form map can give the player a bigger view and plot the easiest route to the next destination, or plan out hitting each nook and cranny for item boxes and special Temtem.

How does Temtem perform on Switch? Initial loading times are slow, but the game is constantly loading player data and other information from the online server. This is an unavoidable consequence of MMORPG style play and has in no way impacted my play experience. Knowing this, as a player of games like World of Warcraft and Final Fantasy XIV, the loading times and latency (stuttering of other players or zipping) are within acceptable parameters for the Switch hardware. Battles are snappy and fast for story quests where you’re not waiting on a real life opponent to make decisions, and the game looks and plays fast between those initial load screens. Could there be improvements? Sure, but I would rather them add touch-screen compatibility if I were to be honest. 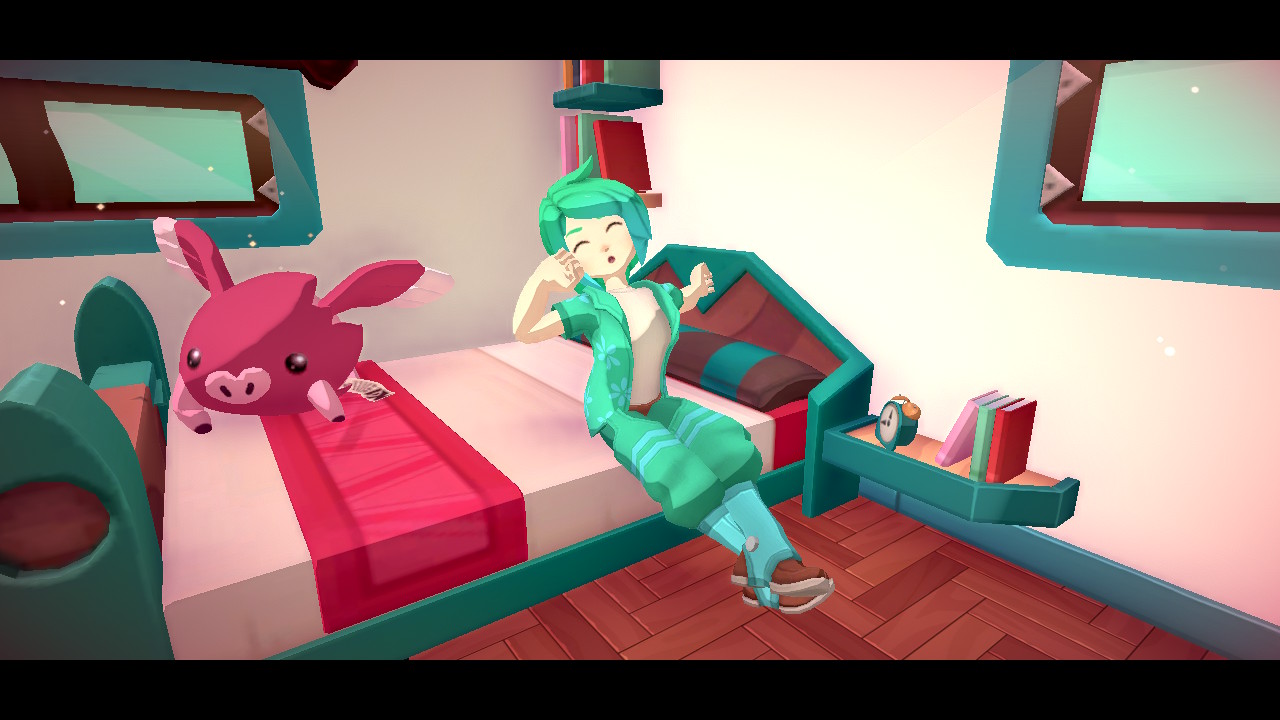 So what of the creatures, and what is this I’ve heard about a “Battle Pass,” you ask? Let’s get into that, good questions! Temtem offers a lot of variety in its monster base. Early on I was able to find critters that I absolutely wanted to try out on my team, and soon fell in love with Pigepic and Platypet, and found a huge amount of respect for Saipat, who became Platypet’s poison claw partner early on in my game. As far as the Battle Pass goes though, full disclosure: Its not currently worth it.

The Battle Pass available in Temtem shows that players can earn experience by playing the game to level up the pass. Each level gives the player a bit of a boon, like an increase in experience gain, a new emote, or a cosmetic item. While Crema has made efforts to balance things and are taking another look at this system, I cannot in good faith recommend spending the money on it in its current form. While this can be a bit of a letdown, please also note that none of the items aside from the various exp boosts of 3% give any sort of competitive edge to players who opt to purchase the pass. The game can be entirely played and enjoyed without it.

Overall, the experience I’ve taken away from Temtem has been a positive one. With more access across its various platforms, full campaign co-op, and its addictive battle system, Temtem proves that it can honorably be present alongside those who came before it. Taking the best parts of the genre and blending the multiplayer experience so seamlessly is a feat that I had almost given up on seeing. Once the main story is complete, the huge amount of post-game content will have you busy for even more hours… making this quite a good investment for the price point.

Temtem stands as a great example of meeting and exceeding the expectations of a beloved and lauded genre. Its online features make for an amazing cooperative adventure with a friend or partner, and its robust battle system is an absolute joy to learn and exploit. While there may not be over a thousand monsters to catch and raise, there’s no shortage of challenges to complete and plenty of side quests to keep you busy for hours. Don’t miss out on this one if you’ve collected all your badges and are looking for another world to explore and conquer alongside your cute, yet ferocious pals that you trust not to eviscerate you.

Temtem copy provided by the publisher for the purposes of this review.