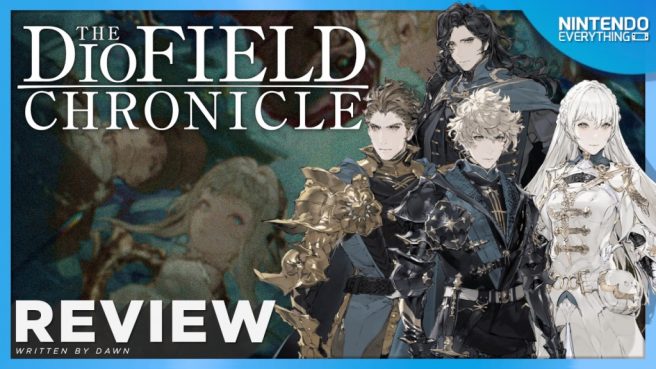 To say that Square Enix has had a busy year would be an understatement. Between high profile new IPs and the return of older games that few will have heard of and fewer still would have played the first time around, it was easy to overlook The DioField Chronicle, which was given somewhat muted fanfare despite the big names attached to it: co-developed by Lancarse (who recently co-developed Monark, but are perhaps better known for their work on Shin Megami Tensei: Strange Journey with Atlus), music by Ramin Djawadi and Brandon Campbell (of Game of Thrones fame), and with artwork by Isamu Kamikokuryo (Final Fantasy XII and Final Fantasy XIII), it seemed as though this would be one of Square Enix’s hits for the year. But is this a chronicle for the ages, or better left on the shelf?

The DioField Chroicle focuses on Andrias Rhondarson and Fredret Lester, who were friends with Levantia Shaytham, the fourth prince of Alletain. After his passing, the two form a mercenary company known as the Blue Foxes, and the game recounts their various skirmishes during the war. The story is perhaps best described as a history book in video game format, and it makes the title of this game quite a fitting one. Many significant factors that contribute to the direction the story goes in, such as various political factions, major battles, and key figures, are only referenced as necessary to provide some context so that the player will have some idea of the what is going on, and why they’re getting involved in the conflicts that play out on screen. Much of the story is told via diorama-style cutscenes with a very short narrative, with none of the usual political exposition or sometimes excessively long cutscenes that often accompanies RPGs with this kind of fantasy setting. If it’s not immediately relevant to the actions of the Blue Foxes, even if it is clearly a world-altering event, it’s given no more than a sentence of explanation before it’s forgotten about entirely. 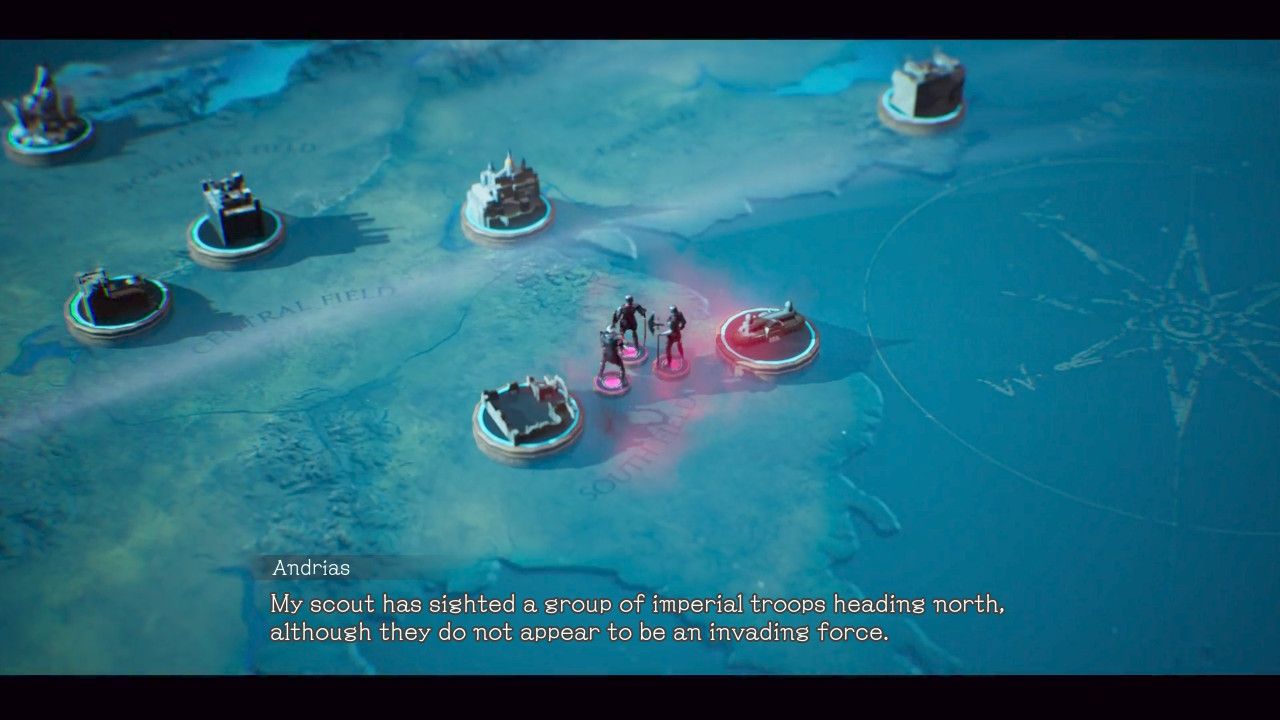 While occasionally frustrating for its lack of detail where perhaps more would have given immediate events more impact, I found this approach to be quite refreshing, as it makes what is clearly a very lore rich world approachable. It stays focused on major story events, and this gives those events much more significance. A cynic might argue that this is the game’s lack of a budget rearing its head – especially once you see how much background information is contained within the library in the base – but I would argue that this approach gives things a greater focus, and not once did I feel as though The DioField Chronicle was wasting my time with information that I didn’t need to know during the course of the game. It’s an approach that won’t suit everyone, and those expecting a storytelling experience similar to this year’s Triangle Strategy or games such as Final Fantasy Tactics will come away feeling disappointed, but this is in my opinion one of the game’s more unique aspects, and allows it to tell a story that, whilst it is only a small part of a much larger scale conflict, is no less significant for that.

This often abrupt pacing unfortunately has a slightly negative impact upon the game’s cast, however: there is no real sense of camaraderie or character development amongst the Blue Foxes, and months will pass in the game’s story without any noticeable change in personality for most of them, even with the optional character-focused sidequests and dialogue sprinkled in between main missions. I didn’t find any of the game’s characters to be particularly offensive, and there were some attempts to develop certain members of the cast with conflicting ideals and perspectives, but most of them seem to have been thrown in for the sake of variety in gameplay, and not because they have anything meaningful to contribute to the narrative. 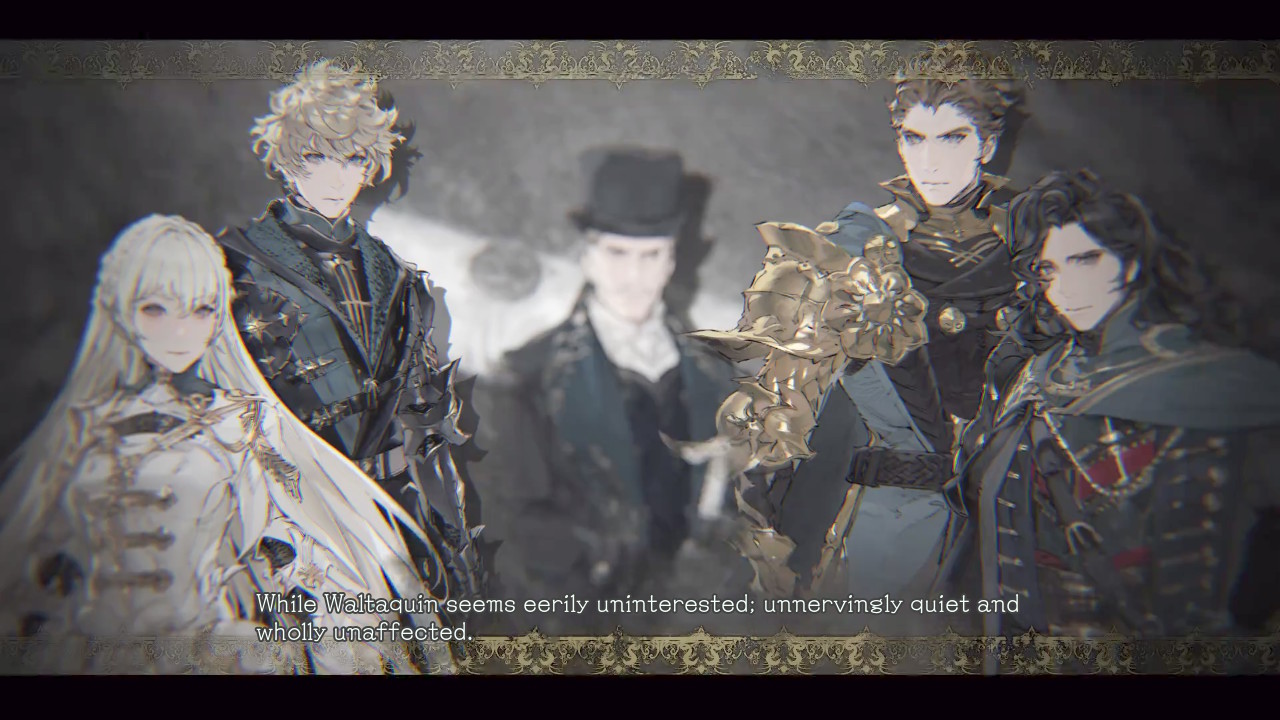 The DioField Chronicle is a strategy RPG, although its gameplay mechanics make it more comparable to an RTS in many ways. You control up to four units from an isometric perspective in real time, but the action completely freezes as you plan out your next move, be that plotting where your characters will move or selecting items and unleashing skills and summons. This makes it a more strategic experience moment-to-moment than your typical RTS, but more fast-paced and involved than SRPGs that favor strict turn-based combat with a grid system: with the right strategy, you can eliminate enemies before they even reach your characters, just as easily as you can be overwhelmed by sheer numbers if you charge in recklessly.

Although it can be chaotic at times, I found the game’s combat to be very engaging and rewarding: being able to pause to plan out my moves gave me the time to think a traditional turn-based game affords by default, and the ability to speed up the game up to double the speed made replaying maps more palatable and served as an adequate substitute for the ability to skip move animations that a lot of RPGs these days include. There is very little variety to the missions in the game – you will occasionally need to escort a character or capture towers before you can move on, otherwise it is mostly just a matter of killing every enemy on the map to proceed – but they are all designed to play out in less than ten minutes, meaning that failing a mission does not result in losing a lot of progress, and replaying maps does not take a lot of time. 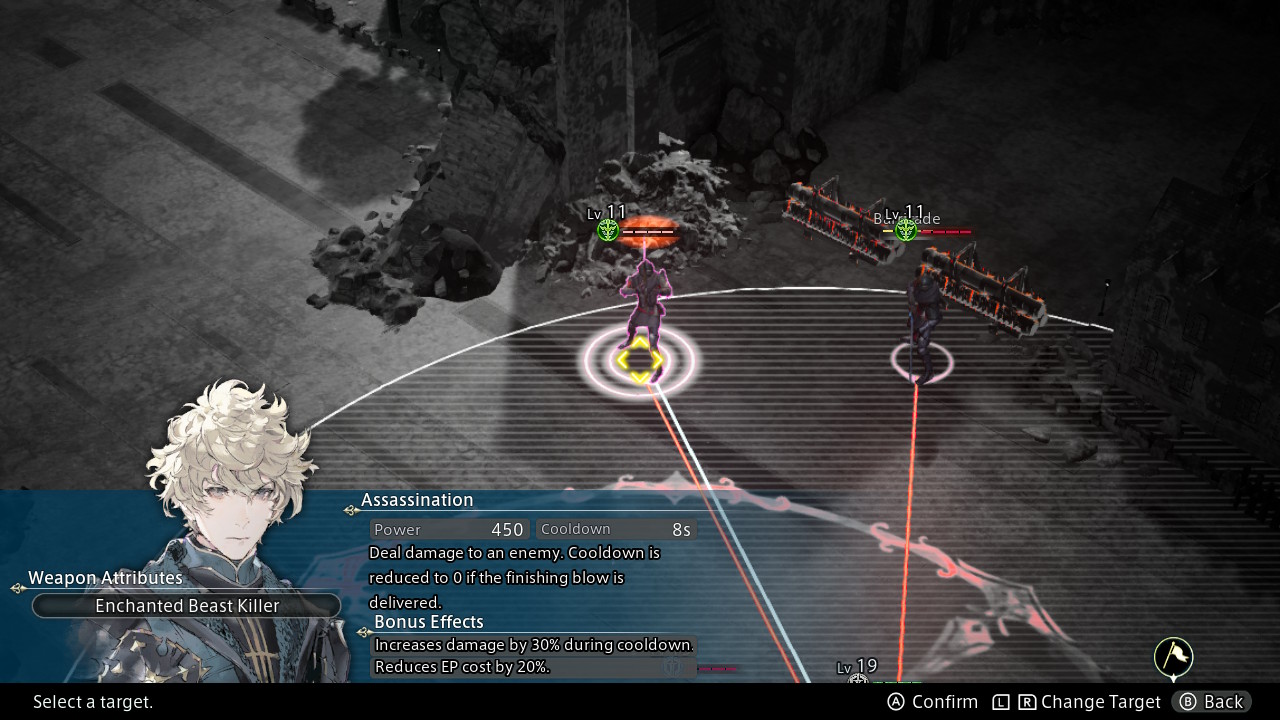 As someone who has played various RTS titles on PC over the years and is well accustomed to the flexibility afforded by a keyboard and mouse for these games, I was also pleasantly surprised by just how easy the game was to play on the Switch. Selecting individual characters for actions is easy to do with the button controls, you can set up to three waypoints when planning out movement so you don’t have to micro-manage this every step of the way, and the game effectively pausing every time you interact with it, while it sounds very clunky and awkward, helps to prevent what could have otherwise been a very frustrating experience, as it offsets the slight delay in reaction that can come from needing to use a control stick to pan across the battlefield instead of a more natural-feeling mouse.

The other half of the gameplay consists of segments where you will run around the base of the Blue Foxes, upgrading your equipment, undertaking sidequests, and interacting with your party members. Various aspects of your base are each given a rank which you upgrade over the course of the game by undertaking sidequests given by characters, or giving NPCs a small sum of money. Upgrading each will give you access to better skills and equipment to use in battle, as well as passive benefits like an increase to EXP and gold earned. There is quite a lot to do in-between main missions and though it lacks depth, it is nonetheless quite rewarding to do, and fits in nicely with the pace of the game: doing all of the game’s side content kept me at the recommended level for each of the main story stages. The endgame is slightly unbalanced for the amount of gold you need to fully outfit your characters with the best equipment, and you are not rewarded with enough items to fully upgrade every weapon (you can buy these at the highest rank of the shop, but that unfortunately means more grinding for gold to do it) but it remains surprisingly well-balanced for the majority of the game. 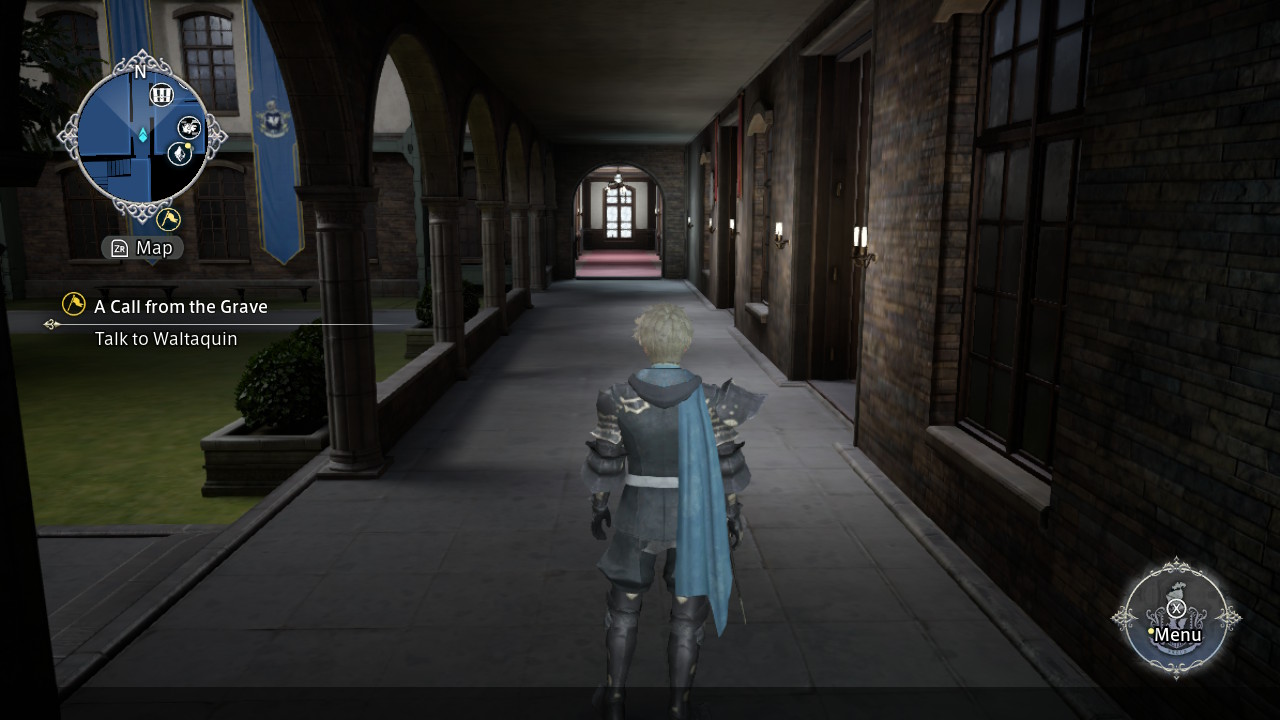 Visually the game has an appealing style, with passably detailed maps and character models, supported by stunning character portraits. Things can blur slightly in handheld mode on the Switch, especially in base segments, but the game is of a consistently high quality overall. In combat the screen can get a little busy with the combination of special effects, damage numbers, and exclamations that you’ve either executed an ambush attack or scored a critical hit, however, and at times I found it difficult to see which enemy was about to unleash a special attack on the smaller screen, given their tendency to cluster closer together. Thankfully, this is not as frustrating as it could have been due to the time-freezing aspect of the gameplay, allowing you to fully take in what is happening at any moment.

Despite being backed up by some excellent (although often lacking in emotion, but considering the game’s premise this is not as detrimental as it otherwise might have been) voice acting, I was somewhat disappointed by the lack of variety in the game’s audio, with the same two or three music tracks being used for the majority of the game. Whilst not offensive to the ears, they weren’t particularly memorable, and didn’t really contribute anything significant to the experience.

The DioField Chronicle is a refreshing take on the standard fantasy strategy RPG, unique for its real-time gameplay mechanics that keep things feeling fresh and more than make up for its shortcomings. The ability to pause the action at any time alleviates a lot of the frustration that could have easily have arisen from the less responsive controls and occasionally chaotic battles, and the shorter mission structure makes this a good game for shorter play sessions as well as longer ones. The narrative style of the game will not appeal to everyone, but this is a game I would wholeheartedly recommend to fans of the genre looking for a slightly different experience to fill their time for its gameplay alone. At the very least, give the demo a try and see what you think. It is perhaps not a chronicle for the ages to stand tall amongst Square Enix’s many great hits throughout the years, but is a more than worthy read that is easy to pick up and respects your time by never overstaying its welcome.