Rise of the Triad: Ludicrous Edition launches for Switch in early 2023, new trailer 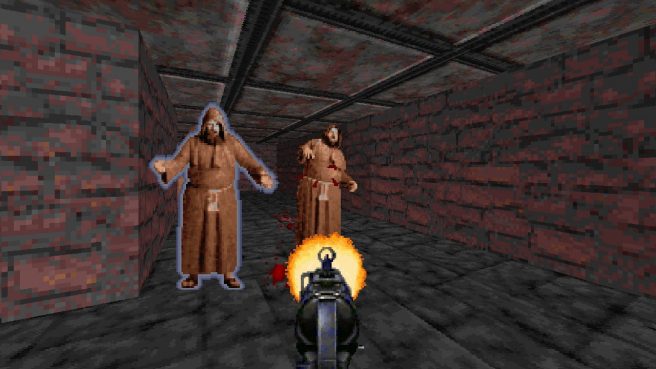 Rise of the Triad: Ludicrous Edition, previously known as Rise of the Triad Remastered, has a final release date. The game will be available in early 2023, Apogee Entertainment, New Blood Interactive, and Nightdive Studios have announced.

Rise of the Triad has been brought to the modern era courtesy of Nightdive’s KEX Engine. The game will have increased field-of-vision, 60 frames per second of bullets, explosions, an enchanted baseball bat, multiplayer support, and more. There’ll even be a new episode created by New Blood, Nightdive, and Apogee software veterans.

In Rise of the Triad: Ludicrous Edition, players gear up with a five-person task force known as the H.U.N.T. (High-Risk United Nations Taskforce) to infiltrate a mysterious (and exceedingly dangerous) island full of maniacal cultists. With updated HUD and UI elements, players can enjoy the classic campaign *plus* restored cut content and a new, original story episode in the Rise of the Triad universe. Once they’ve blasted their way through the single-player campaign, players can grab a few pals and engage in some old-school multiplayer COMMbatt deathmatch with multiple modes!

– Five playable characters
– Guns, rocket launchers… and bats
– Multiple multiplayer modes — including the first ever capture the flag mode
– A classic for modern hardware — 60 FPS, increased FOV, updated HUD and UI, original sprites and texture, modern resolutions, achievements, cloud saves, and more
– A thrilling story that screams 90s at the top of its lungs
– All original ROTT episodes and expansion packs plus
– A new episode created by New Blood, Nightdive, and Apogee software veterans
– Ability to play with 1995 or 2013 soundtracks + jukebox
– Level after level of explosive single-player action

Have a look at a trailer for Rise of the Triad: Ludicrous Edition below.