River City Girls 2 releasing in the west next week 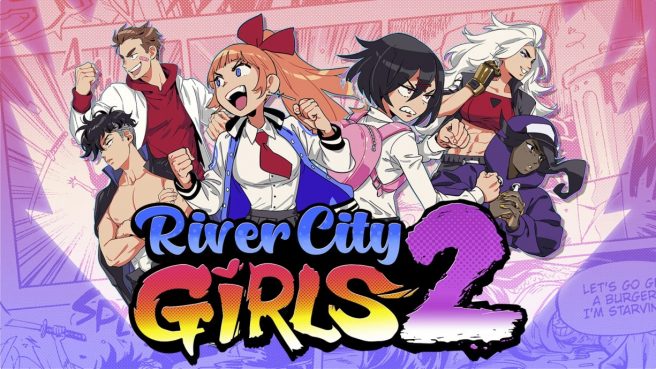 Original: River City Girls 2 appears to have a release date in the west, and according to an eShop listing, it will be launching next week. The store page has it down for December 15, 2022.

The game just came out in Japan a few days ago. WayForward recently said it needed “a bit more time” for the North American and European launch “in order to deliver the best, most full-featured experience possible.” However, the company said that the overseas release is still expected by the end of 2022. Obviously there are only a few weeks remaining in the year, but assuming the eShop listing is correct, we’ll be seeing the title very soon.

We have an official overview for River City Girls 2 below.

The River City Girls are ready for round 2! When an old foe resurfaces, Misako, Kyoko, Kunio, and Riki – joined by newcomers Marian and Provie – hit the streets for an all-new beat-’em-up adventure packed with new abilities, enemies, environments, and more! Team up for local or online co-op, then pound punks into the dirt with brand-new guard-crush attacks, lift-off combos, double-team maneuvers, and other knuckle-busting techniques! Level-up to earn new moves, buy items and accessories in more than 30 shops, and recruit defeated foes and hired heavies to help you on your way! River City is bigger than ever, with more locations to explore, more objects to destroy, and a day-night cycle! With nonlinear gameplay, a dynamic story system, and another epic soundtrack by Megan McDuffee, River City Girls 2 will keep you brawling until all your enemies yell “BARF!”

– Six playable characters, each with their own fighting styles and upgradable move sets!
– Enhanced combat: guard crushes, lift-off combos, double-team maneuvers, and more!
– River City is bigger than ever! New locations with multiple routes and secret areas!
– Play solo or team up with a friend, locally or online
– New “hired heavies” aid you in battle! Have two recruits at once!
– Loads of NPCs to meet, interact with, and punch in the face – including surprise cameos!
– Awesome anime intro, comic book cutscenes, English and Japanese voiceovers, and a spectacular soundtrack featuring RCG1 composer Megan McDuffee!

Update: WayForward has made the December 15 release date official. The game will cost $39.99.