Rumor: Donkey Kong will be getting his own solo movie with Seth Rogen

Posted on November 3, 2021 by Brian(@NE_Brian) in General Nintendo, Rumors 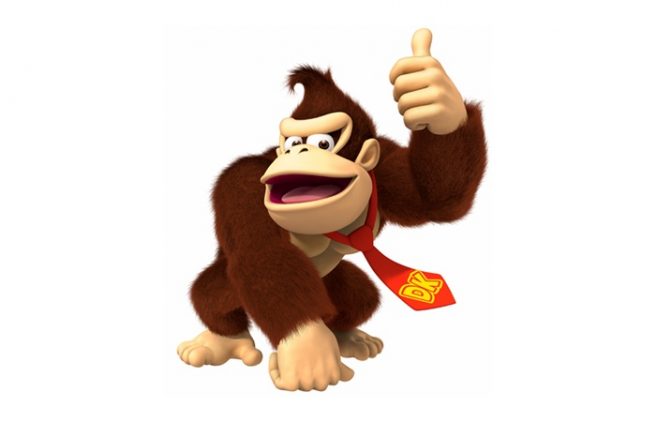 A new solo animated movie for Donkey Kong is in the works, a report from GiantFreakinRobot claims.

Much about the supposed project is not yet known. However, Illumination would be in charge of handling the film and Seth Rogen would again be voicing the character. Rogen is set to play Donkey Kong in next year’s Super Mario animated movie, which is on track for December 2022.

The report indicates that “Diddy Kong, Chunky Kong, Candy Kong, Funky Kong, and Dixie Kong are all likely suspects” for the Donkey Kong film. Fred Armisen, who is now the voice of Cranky Kong, may also very well be featured. That being said, don’t expect many characters from the Mario side of things. Naturally, this particular movie would be much more focused on the Donkey Kong world.

Nintendo and Illumination will be kicking off their relationship with the Super Mario animated film. Other than Rogan, the confirmed cast includes Chris Pratt as Mario, Anya Taylor-Joy as Peach, Charlie Day as Luigi, Jack Black as Bowser, Keegan-Michael Key as Toad, Fred Armisen as Cranky Kong, Kevin Michael Richardson as Kamek, and Sebastian Maniscalco as Spike. There will also be surprise cameos from Charles Martinet, the voice of Mario in Nintendo’s games.