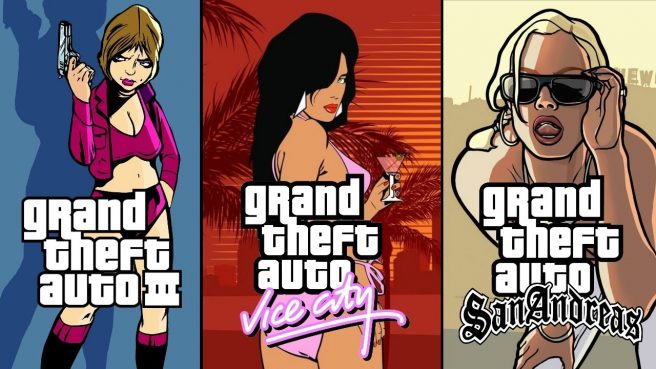 Switch has yet to receive any sort of Grand Theft Auto game. Based on a new report from Kotaku, however, that may change before the end of the year.

Here’s some additional information from the report:

– All three of these games are being remastered using Unreal Engine
– Mix of “new and old graphics”
– One source who claims to have seen a snippet of the games in action said that the visuals reminded them of a heavily-modded version of a classic GTA title
– Updated UI, but will retain the same classic style
– Trying to stay true to the PS2-era GTA games as much as possible
– Rockstar Dundee leading development
– Before becoming Rockstar Dundee, the studio was Ruffian games and had previously worked on Crackdown 2, Crackdown 3 and assisted with development on Halo: The Master Chief Collection
– Plans around the GTA remasters have shifted due to the coronavirus pandemic, and may continue to do so before an announcement
– Remastered trilogy was scheduled to be released earlier this year
– Now late October or early November launch
– All three games are to be released in one collected package that may only be sold digitally
– Rockstar has plans to develop new ports of games like Red Dead Redemption
– Future of these remastered games depends on how well these initial re-releases sell
– Many other studios across Rockstar’s vast network of teams are pitching in