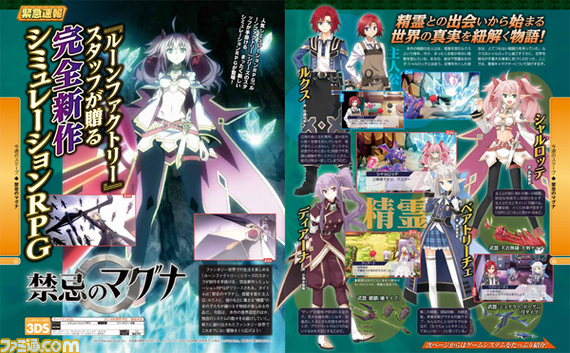 The future of the staff at Rune Factory developer Neverland was left uncertain after the company filed for bankruptcy late last year, but now Famitsu has revealed that the team is working on a brand new Simulation RPG published by Marvelous AQL. The game, titled “Forbidden Magna”, will be released for the Nintendo 3DS. This first scan gives a look at some of the game’s cast members named (clockwise, from red-haired dude) Lux, Charlotte, Beatrice and Diana.