Sakurai says it’d be best not to assume there’ll always be a new Smash Bros. 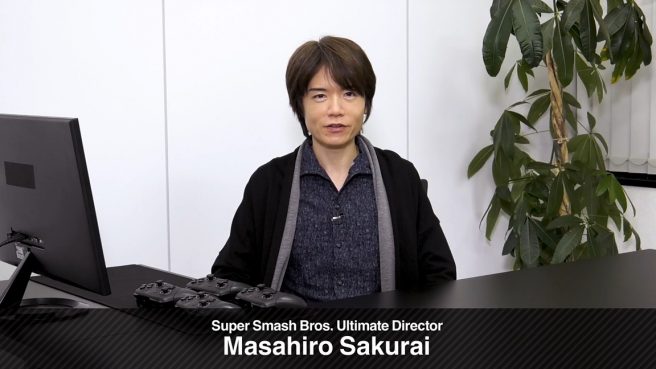 Super Smash Bros. director Masahiro Sakurai has yet again commented on the future of the series – this time in an interview with IGN.

Speaking with the site, Sakurai stated:

“I can’t really think about future prospects at the moment. If Nintendo decides they want to make another one and offers me the job, that’s when I’d start thinking about it.”

“When you say ‘returning to the series’, it makes it sound like there is going to be another Super Smash Bros. title, but currently, there are no such plans. It would be best not to assume that there will always be another one.

“Apart from that, I may not necessarily continue with creating more games, as I could potentially go down a different path. As for involvement with the gaming industry, there are various ways to do that. I like to keep an open mind about what I should do and take a look at all the different possibilities.”

Sakurai reiterated that a new Smash Bros. likely wouldn’t include all current fighters, noting that “running such a game on a hypothetical new system alone would exceed the game’s budget.” At the same time, “if we try to keep things fresh by shifting to a different genre or greatly changing the direction, then it’s no longer a Super Smash Bros. game.”