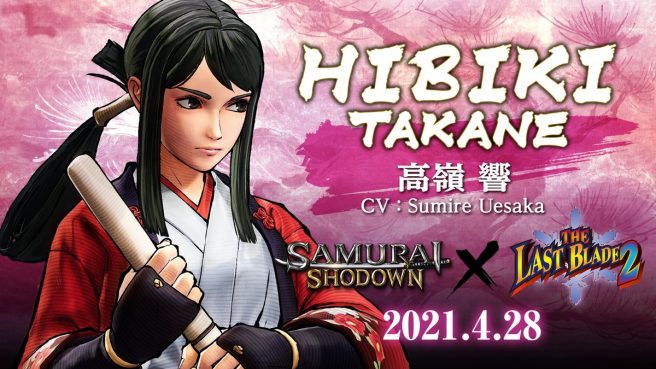 SNK has provided a status update on the next DLC character for Samurai Shodown. Hibiki Takane will join the game on April 28 as part of Season Pass 3, the company announced today.

Hibiki Takane originates from The Last Blade 2. Season Pass 3 also features Cham Cham, who is out now. Two more characters will be added, one of which is from Guilty Gear.