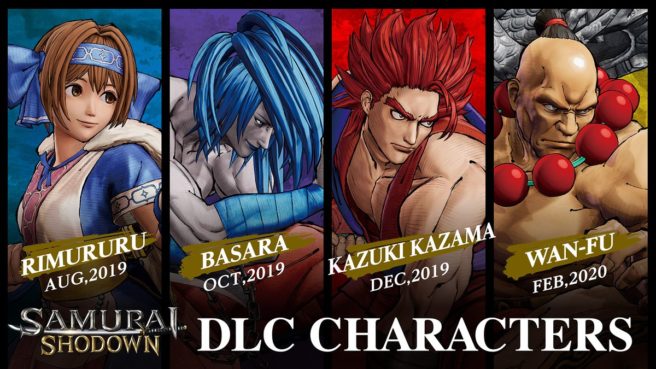 Rimururu was previously announced as the first DLC character for Samurai Shodown. Joining her will be Basara, Kazuki Kazama, and Wan-Fu, SNK and Athlon Games revealed today.

The DLC gets started with Rimururu in August. The rest of the characters will follow every two months.

Of course, Samurai Shodown won’t be on Switch until this winter. We’re hoping that most of the DLC characters will be ready for that version of the game by the time it launches.