Posted on February 29, 2020 by Campbell(@CampbellSGill) in Reviews, Switch 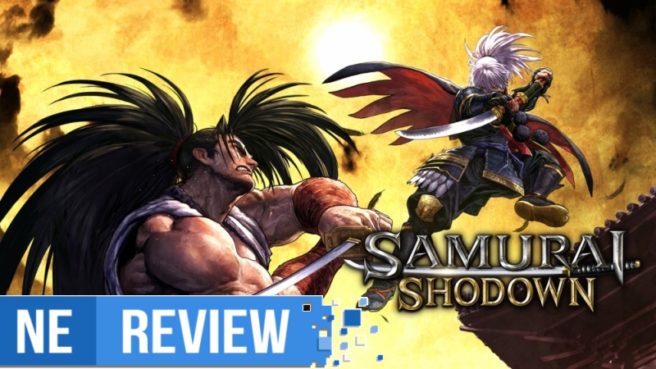 Two samurai silently face one another in a desolate field in feudal Japan. After a few seconds of tension, one of them suddenly draws his katana and strikes – yet his opponent blocks the attack just in time. As one samurai recoils, the other counters with a quick jab followed by a massive slash, slicing their enemy in half and concluding the battle in just a few strikes. This encounter is typical of Samurai Shodown, a gorgeous and gruesome fighting game set in feudal Japan that focuses heavily on strategy, timing, and making the most of every attack. After reviving its once-great fighting series on other platforms last year, SNK has finally brought this reboot of Samurai Shodown to Switch. So the question remains: can Samurai Shodown truly show up on Nintendo’s console?

Samurai Shodown is a much more methodical kind of fighting game. Unlike other popular fighters that focus more on fisticuffs and hand-to-hand fighting, Samurai Shodown equips all its samurai with weapons of their own. This introduces a unique dynamic to fighting. Rather than requiring you to directly approach each appointment and attack at close range, all fighters in Samurai Shodown are equipped with weapons of their own, to attack foes from close and far range. Thanks to this dynamic, each fight becomes a waiting game, all about seeing who makes the first move and being ready to punish the slightest mistake – with immense consequences.

If you can block an attack and counter with a heavy strike or elaborate combos, then you can deal incredible damage. Battles boil down to this simple combo, to the point that it’s not unusual for battles to conclude in a matter of seconds. As quick and unforgiving as battles can be, this gameplay flow quickly becomes addictive, constantly challenging you to get in your opponent’s head to guess their next move and answer appropriately. This level of methodical strategy is unique and exhilarating. 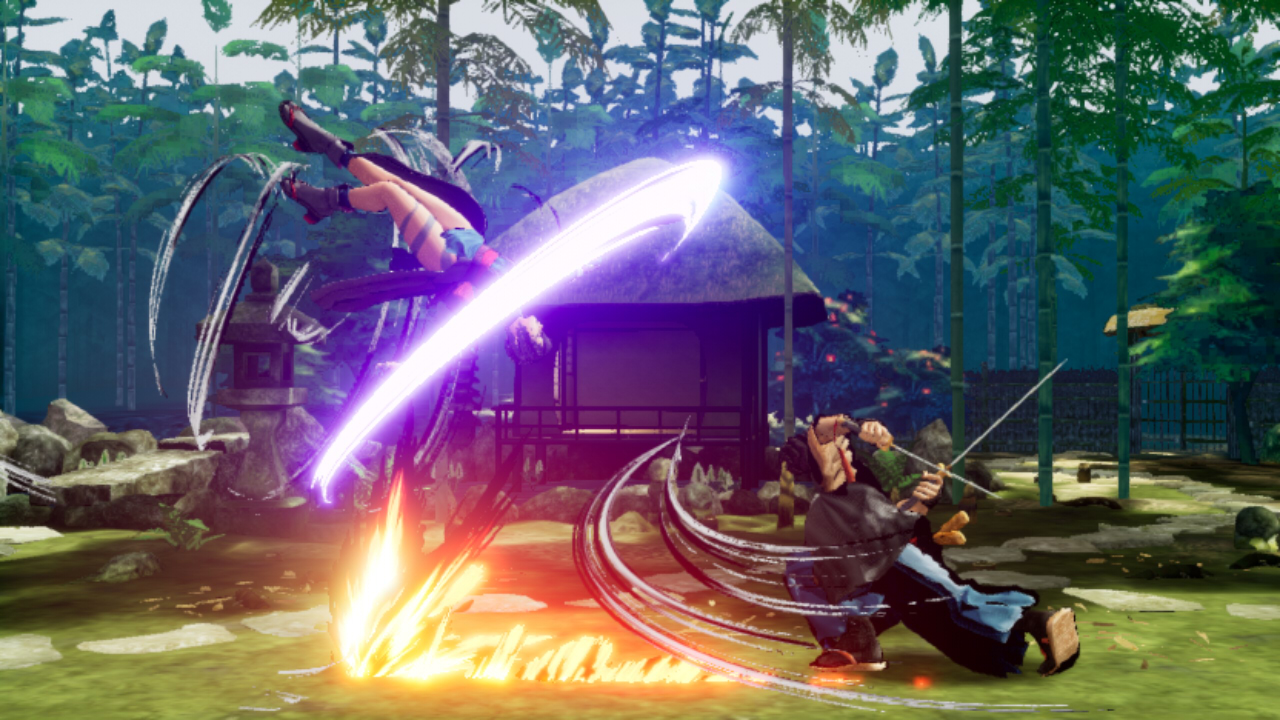 The controls are simple yet offer plenty of room to experiment. The four-button control scheme features simple light, medium, and heavy attacks, as well as a swift kick attack that can be used at close range to break an opponent’s guard or knock them off their feet. In addition to these simple base controls, of course, is a plethora of unique and complex combos for each character. The move set is different for each character, and every fighter offers a different play style. Some thrive more on close range combat with shields and knives, but others are more adept at long range moves thanks

The cast of sixteen characters is filled with varied playstyles and eclectic personalities. As should be expected, the roster features its fair share of traditional samurai fighters like Haohmaru and XYZ. But the lineup isn’t limited to Japan, as other fighters include the South American tribal warrior Tam Tam and the gargantuan Australian thief, Earthquake. No matter how bizarre the fighters may be, each one of them brings unique play styles and personalities to the table, encouraging players to experiment with each and every one.

Beyond simple one-on-one fighting, there’s a handful of other modes to partake in. Easily the standout mode is the arcade story content, in which your chosen character must confront a mysterious evil that falls over feudal Japan. This frame story remains the same no matter who you play as, with a few additional story scenarios thrown in depending on your character. Each fighter’s story mode has a prologue that explains their motivation for facing the evil, a confrontation with their rival fighter just before the final battle, and then an epilogue that concludes their story. Beyond those three parts, the story mode is simply a compilation of fights with a handful of generic dialogue sequences interspersed throughout. This isn’t terrible by any means – it’s actually a fun way to practice with each character – but it also feels relatively lacking. It’s both relatively lengthy and very repetitive, making it a slog to work through if you plan to attempt it with each character. 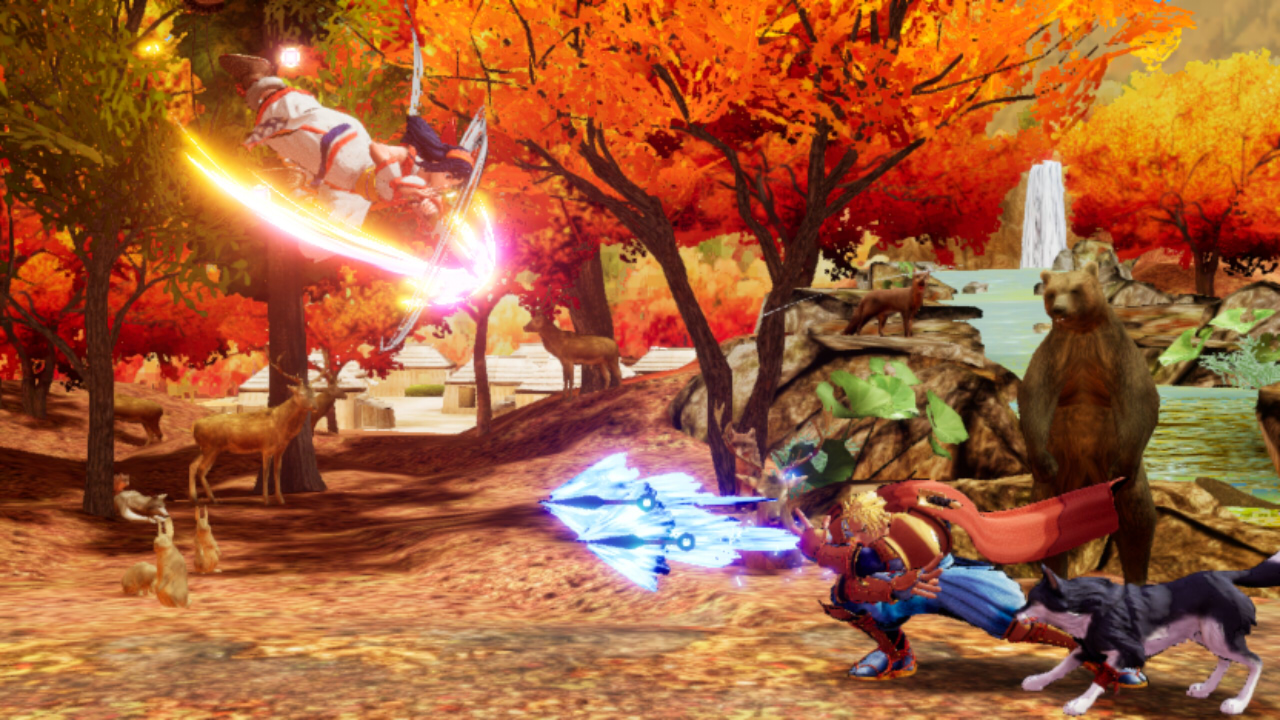 Outside of story mode, most of Samurai Shodown’s other content revolves around online. Battling other players online is generally smooth, with only a small handful of my online matches ever stuttering or suffering input lags. However, it can be a struggle to get into online battles, with matchmaking often taking its sweet time to set me up with other players. Whether this comes from a lack of players or simply poor servers, it’s still a shame that it can be difficult to find other players to showdown with.

At the very least, regardless of which way you play it, Samurai Shodown is stunning on Switch. Its 3D visuals are beautifully rendered in a painterly, artistic style that looks like traditional Japanese scrolls brought to life. Every environment is strikingly drawn, including environments as distinct as South American ruins and Japanese palaces. Its soundtrack is just as notable too, consisting of a mixture of inspiring orchestral anthems and ambient background themes played with traditional Japanese instruments.

Better yet, its conversion to Switch has been nearly perfect. Graphics look only slightly softer in docked mode than on other platforms and can get slightly blurrier in handheld mode, but in general, the visuals are just as artful and striking as ever. Most importantly, the performance is rock solid, maintaining a constant 60 frames per second that never fluctuated in my time with the game. The most egregious technical aspect of the game are the loading times, which sometimes last longer than 30 seconds before a battle. This is understandable for such a visually lush game, but it can nonetheless feel excessive when playing through multiple battles back to back.

Samurai Shodown is just as strategic and brutal as ever on Switch. As slow as it might seem compared to other fighting games, such an emphasis on strategy makes it uniquely thrilling. All the beauty and technical depth that made it special on other platforms are fully present in the new Switch release, which aside from some slight visual blemishes and lengthy load times, is a near perfect version of the game. Samurai Shodown on Switch is easily the ideal way to showdown on the go.