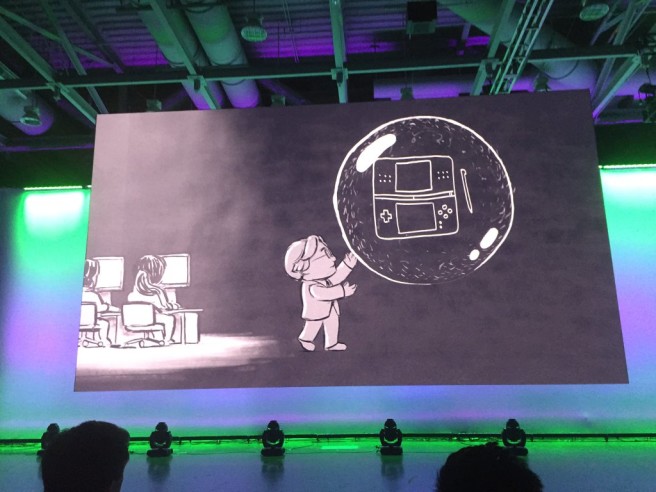 Satoru Iwata was honored at the DICE awards last month with a Lifetime Achievement Award. Tonight, it was GDC’s turn to celebrate the life of the late Nintendo president.

David Hellman and Raber Umphenour created a special animation that was shown at the 2016 Game Developers Choice Awards a short while ago. Here’s the full clip: