After the barren wasteland that was August’s release schedule, the games of September are looking to be a massive improvement (at least the ones that aren’t out already). Whether you like RPGs, puzzle games, or music by Rush, there’s something for just about everyone this month. Read on to see what the biggest games coming to Wii and DS this September are. 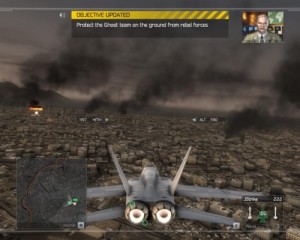 Why should you care? Ubisoft Romania have shown that they can make solid flight-sims, so I’m not expecting them to break that tradition any time soon, especially not with HAWX 2. If you’ve played the first HAWX (that’s “High Altitude Warfare eXperimental squadron – just so you know), you know what to expect. It’s a flight-sim that revolves around a global conflict with lots of insurgents, nuclear weapons, and explosions. Basically, it’s the usual Tom Clancy schtick. There have been some improvements to AI and graphics the second time around as well as a few new gameplay elements like takeoff and landing sequences. Strangely, there’s a Wii version of the game this time. It’s a scaled-back version that takes place between HAWX and HAWX 2 and lacks things like online co-op, but it could actually be the better version if you’re looking for a more arcade-style game.

Batman: The Brave and the Bold: The Videogame (Wii, DS)

Why should you care? If you couldn’t tell from the trailer, Batman: The Brave and the Bold has a much lighter tone than The Dark Knight or Arkham Asylum, and almost seems to be a return to the campy Batman of the 1960s. The actual game is a 2D beat-em-up with a bit of platforming thrown in. Like in the cartoon it’s based on, Batman can team up with various other characters from the DC universe, which allows for two-player co-op play (at least on the Wii version). The DS version can also be linked to the Wii and used to control a third character – Bat-Mite. Before you dismiss The Brave and the Bold because of its license and budget pricing, keep in mind that it’s developed by Wayforward Technologies, who also made Contra 4 and the Wii version of A Boy and His Blob.

Why should you care? It took almost two years, but the third Professor Layton game, The Unwound Future, is finally seeing a release outside of Japan. It’s the same mix of exploration, solving puzzles, and watching pretty cutscenes that the first two games were, but the plot now involves Professor Layton and his apprentice, Luke, travelling through time. Yes, after receiving a letter addressed from Luke ten years in the future, the Professor gets hold of a time machine to find out what exactly is wrong with futuristic London (I knew the 2012 Olympics weren’t going to work out). Also, in keeping with the rest of the series, the game has a fantastic soundtrack. Now if only it came with Professor Layton’s hat as a preorder bonus…

US: September 21
EU: TBA
AU: Might have to wait for the second one to come out first…

Why should you care? As with the previous two games in the series, it’s a dungeon crawling RPG with a decidedly old-school design. Battles are turn based and you’re going to have to draw your own maps by hand. The story this time around is centered on a sunken city, so instead of the labyrinthine forests of the first two games, Etrian Odyssey III takes place both at sea and under it. As well as the change in location, the weapon and skill systems have been revamped, and each of the game’s twelve character classes – from speedy ninjas to farmers – are brand new. It definitely won’t appeal to everyone, but if you want a tough, yet rewarding RPG or just want to listen to some great music by Yuzo Koshiro (best known his work on Streets of Rage and Actraiser), Etrian Odyssey III could be just the brutally difficult thing you were looking for. Just don’t come crying to me after you encounter your first FOE. 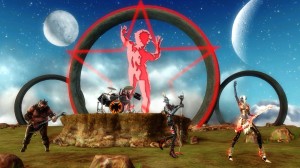 Why should you care? Who needs keyboards and realistic instruments? All Guitar Hero: Warriors of Rock is really adding is a story-driven mode that’s so ridiculous, only Activision’s official press release can do it justice:

“In Quest Mode, using any combination of instruments, players will embark on a larger-than-life, epic rock journey from the stage of CBGBs, the infamous punk-rock club in New York City, to the molten lava fields of rock treachery as eight Guitar Hero characters transform into rock warriors that must join together to use their unique, game-changing powers to help the Demi-God of Rock take down “The Beast” and save rock n’ roll.”

Make fun of it if you want, but the “Quest” mode could be just what the series needs to stay fresh. The last few Guitar Hero games were decent, but they came off as a bit bland to me, so it’s nice to see the series returning to the imagery and over-the-top rock god fantasies of the first few games. Warriors of Rock’s set list isn’t as diverse as Rock Band 3, but it looks like a solid set of songs for those who just want straight-up rock music – particularly if you like Rush, as it features the band’s 20-minute song, 2112, in its entirety. The game will be available by itself or bundled with a new guitar controller that features a removable body.

If you want to look at the full(ish) list of releases on all consoles, head to our sister site – GamingEverything.com.