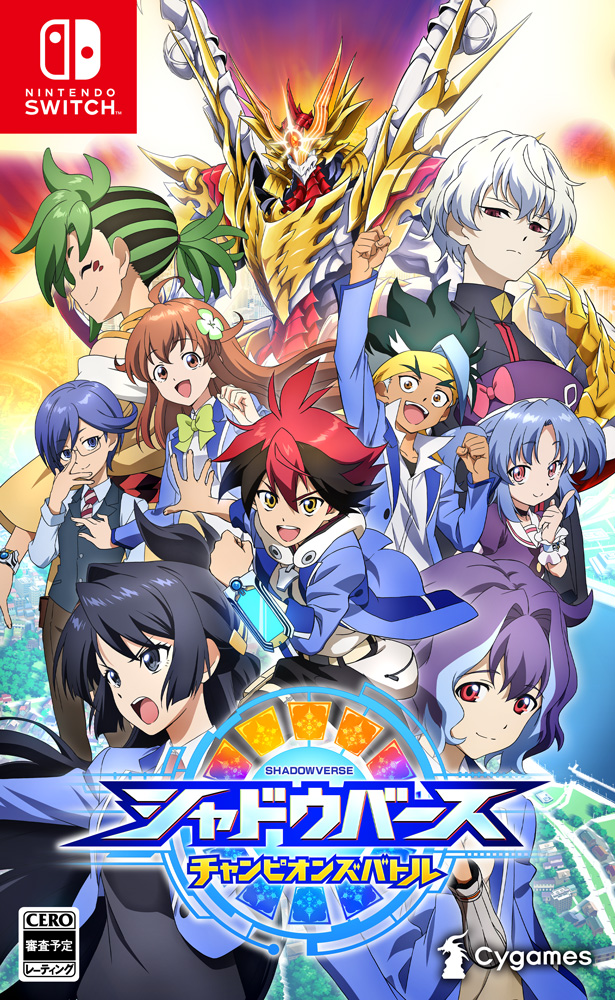 Cygames has dated its card battling RPG Shadowverse: Champion’s Battle for Switch. The game, which is based on the Shadowverse TV anime and contains special summoning scenes, game-original cards, and support for two-player local battles, will launch in Japan on November 5.

Cygames has also sent along a bunch of details and a trailer. We have that below, courtesy of Gematsu.

On the first day of his transfer to Tensei Academy, the protagonist meets Hiiro Ryuugasaki and learns about Shadowverse and the school’s Shadow Club.

Hiiro and the protagonist don’t want to give up and decide to try to bring the Shadow Club back to life. With that as the start, the protagonist gets wrapped up in various events…

Become the protagonist and go on an adventure in the world of the Shadowverse anime. An original story will unfold with familiar characters at Tensei Academy.

The World of the TV Anime Reproduced – The world of the anime is reproduced in the game, from the school to the Shadowverse Stadium and more!
Shadow Club on the Verge of Shutdown!? – Use your power to assemble your friends and bring the Shadow Club back from the dead and aim for victory in the Shadowverse tournament!
Heated Battles Against Rivals – Put together your strongest deck. What kind of deck you create is up to you!

Cygames will be including a “Shadowverse: Champion’s Battle Battle Set” serial code for the main Shadowverse game, which only works with the PC (Steam), Android, and DMM Games versions of the title. Additionally, first-print copies of the physical edition will contain the Premium Rare Card “Dark Dragon Forte.” There’ll be news about a bonus for the digital version later.

Shadowverse: Champion’s Battle will cost 5,980 yen. We have a look at the official boxart above.