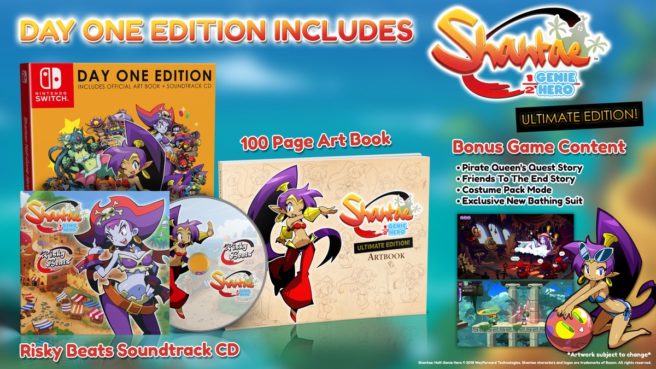 Shantae: Half-Genie Hero – Ultimate Edition is coming to Europe on April 27, PQube and WayForward announced today. All pre-order and launch copies will be the Day One Edition, which contains the 30-song Risky Beats soundtrack CD plus a 100-page artbook filled with unseen sketches of Shantae and the gang. The game on a cartridge and DLC are included as well.

North American publisher XSEED hasn’t set a final date for Shantae: Half-Genie Hero – Ultimate Edition as of now. We should be receiving news very soon, however.