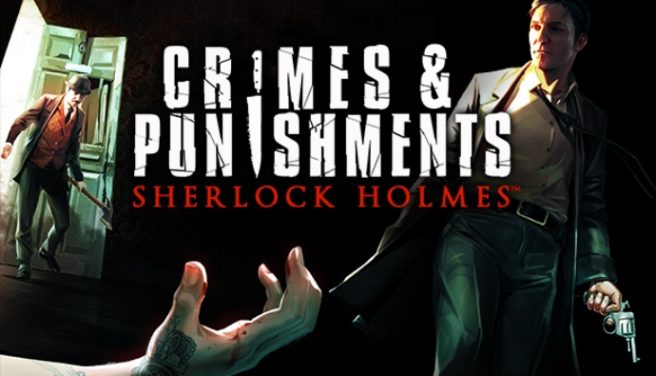 The Sinking City developer Frogwares is putting Sherlock Holmes: Crimes and Punishments on Switch, an eShop listing reveals. Look for it to arrive on February 3.

Sherlock Holmes: Crimes and Punishments originally launched in 2014. More information about the game can be found below.

Become the most celebrated detective of all time: Sherlock Holmes! Use your impressive talents as a detective to solve six thrilling and varied cases: murders, missing persons, spectacular thefts and numerous investigations that sometimes lead you into the realms of the fantastic.

Will you follow your moral compass, or will you apply the letter of the law?

The great freedom of action in Crimes & Punishments allows you to conduct your investigations in the manner you deem appropriate. Use the 14 extraordinary skills of detection for which Sherlock is famous, choose the avenues of enquiry you wish to pursue, interrogate your suspects and, from your deductions, name the guilty parties… you can even determine their fate! The ramifications are far-reaching, and your decisions will exert a real influence through your reputation or the surprising consequences that will arise where you least expect them…

Sherlock Holmes: Crimes and Punishments is now available on Nintendo Switch! Investigate criminal cases wherever you want – at home or on the go.

Sherlock Holmes: Crimes and Punishments will be sold digitally for Switch via the eShop. Pre-orders have already started to open in some regions with a 15 percent discount.