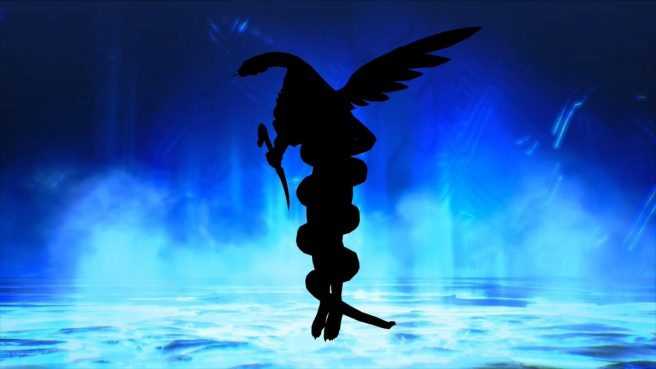 We’re officially at episode 100 of Atlus’ Shin Megami Tensei V daily demon series, and for today’s video, we have a look at Mithra. The creature has appeared since Digital Devil Story: Megami Tensei II.

Thanks to the Megami Tensei Wiki, we have the following background information on Mithra:

In Zoroastrian mythology, Mithra was a deity of contracts who was the protector of truth and the enemy of error. He was created by the supreme deity Ahura Mazda as the greatest of all Yazatas and an important aid in the destruction of the demonic forces led by Angra Mainyu (also known as Ahriman) in later Persian sources. He was one of the three Yazatas alongside Rashnu and Sraosha who judged the souls of the dead.

His main appearance is a lion-headed figure found in temples of Mithras in the former Roman Empire, often identified as god of the Mithraic cult named Arimanius. Some identify the figure as Zurvan, a primordial divinity of time and destiny, from an extinct branch of Zoroastrianism named for the deity, while others identify it as the Demiurge, Yaldabaoth. What is certain is that the lion-headed deity is associated with time and seasonal change.

In Vedic mythology, Mitra is a god of honesty, friendship, meetings and contracts despite his role as an asura (although he is sometimes addressed as a deva). In this way, he was often paired with the asura Varuna where they were twinned as Mitra-Varuna. Together, they were the gods of the oath and the most important Asura in the Vedic pantheon. Mitra was also another name for Surya.

Shin Megami Tensei V is officially on track for a November 12 release on Switch. For a look at past demon videos for the game, check out our previous coverage here.