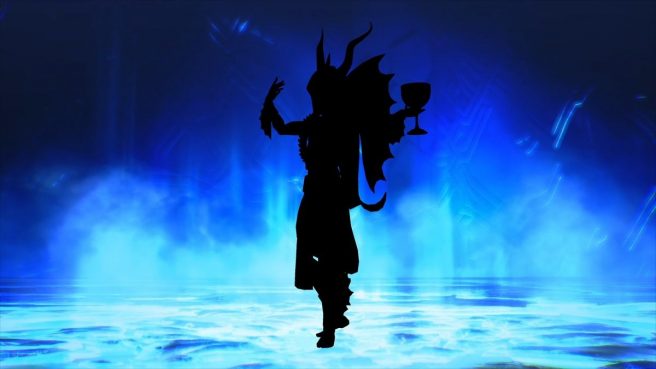 The next Shin Megami Tensei V demon trailer has arrived, which now shows off Baal. The creature has appeared in a ton of the series’ different games for many years now.

Over on the Megami Tensei Wiki, the site shares the following background information about Baal:

Baal is a western Semitic title that means Master or Lord. While it can actually refer to a large number of different deities, Baal in this case refers to Hadad, the Canaanite and Syrian god of rain, fertility, life, agriculture and thunder, particularly popular in Ugarit and Aleppo. He was worshipped in many ancient Middle Eastern communities, who considered him one of the most important gods in their respective local pantheons. He was at least in part derived from the Sumerian god Ishkur, but their character differed substantially; while Ishkur represented the destructive power of storms, the western Semitic Baal was the master of life-giving rains vital for farmers.

Thanks to his huge influence, Baal was designated as the universal god of fertility, and in that capacity his title was Prince, Lord of the Earth. He was also called the Lord of Rain and Dew, the two forms of moisture that were indispensable for fertile soil in Canaan In Ugaritic and Hebrew, Baal’s epithet as the storm god was He Who Rides on the Clouds. In the Baal Cycle he’s frequently called “Aliyan Baal” or “Baal, the victorious.” In Phoenicia, he was called Baal Shamen, Lord of the Heavens. In Syria, hail was seen as a phenomenon closely related to him. He was also the king of the gods, and, to achieve that position, he was portrayed as seizing the divine kingship from Yam, the sea god, described as a tyrannical ruler. Baal was probably also regarded as the source of royal authority for human kings, and myths and prayers depict him as an ally and protector of humans.

Shin Megami Tensei V releases for Switch on November 12. As a reminder, you can watch all of the previous demon trailers here.