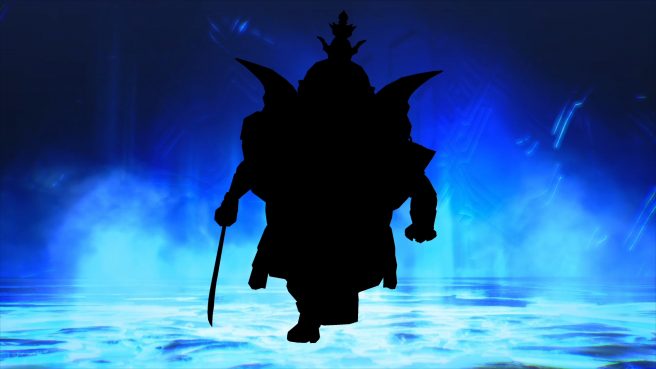 Here is some of the history behind Ganesha, courtesy of the Megami Tensei Wiki:

Ganesha (also called Ganesh or Ganesa) is one of the most worshiped deities in the Hindu pantheon and is known as the Lord of Obstacles, Lord of Beginnings, god of wisdom and intelligence and patron of arts and science. He is the son of Shiva and Parvati and depicted as having the head of an elephant (often with one broken tusk), a pot-belly and anywhere from two to six arms.

There are several popular Hindu stories as to Ganesha’s origins and how he got his elephant head. While some say Ganesha was born with the head of an elephant, most say it was replaced by Shiva. In one story Parvati placed Ganesha as the guard to her bathhouse to which he agreed. When Shiva came and wished to see his wife, Ganesha refused, which infuriated Shiva. The two battled until Shiva in his anger cut off Ganesha’s head. When Parvati saw what Shiva had done, he apologized and hastily searched for a new head. He took the first head he saw, which was that of an elephant, and placed it on Ganesha’s shoulders. In some versions of this story, Ganesha already had an elephant’s head, and it was at this point that Shiva threw his trident and broke off one of his tusks.

In another story, Parvati was so proud of her newborn son that she invited all the other devas to a feast so that they may see how perfect and handsome he was. Among the guests was Parvati’s brother Shani, who was cursed with the evil eye. When he looked upon Ganesha his head was instantly burned to ashes. Luckily Brahma was present and agreed that he would allow Ganesha to live if the head of the first creature that was found was placed on his shoulders. Vishnu sent out Garuda to search for a head, and he returned with the head of an elephant. The head was placed on Ganesha’s shoulders, and he was allowed to live again.