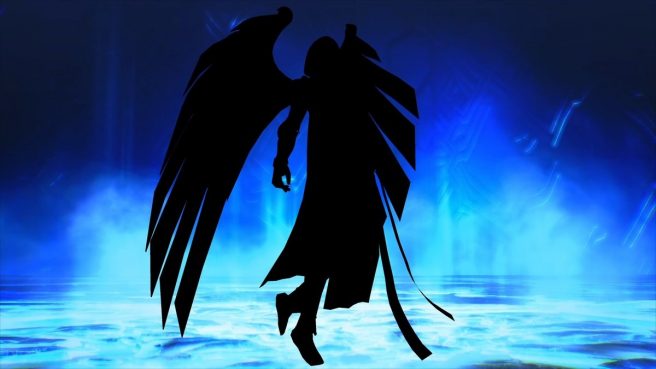 The latest demon trailer for Shin Megami Tensei V has now come in, and we now have a good look at Sandalphon. It’s one of the series’ fairly newer creatures.

Over on the Megami Tensei Wiki, the site shares the following background information about Sandalphon:

Sandalphon is an archangel or seraphim that is prominently featured in Jewish mysticism, such as the Kabbalah where he resides in the Sephirot of Malkuth alongside his “twin brother” Metatron. Sandalphon is described as the “dark angel” as opposed to his twin brother Metatron whom is regarded as the bright angel.

Sandalphon is regarded as the master of heavenly songs and it is said that a human would take 500 years to walk the length of his body alone clearly showing his celestial size.

Sandalphon is said to be responsible for determining the gender of a person in one’s embryonic state, and in other accounts said to be a guardian angel who delivers prayers to God. Though not explicitly referenced in scripture, some of the earliest sources on Sandalphon refer to him as the prophet Elijah transfigured and risen to angelic status.

Atlus’ new video for Sandalphon in Shin Megami Tensei V can be found below.

Shin Megami Tensei V arrives for Switch on November 12. All previous demon trailers for the game can be found here.