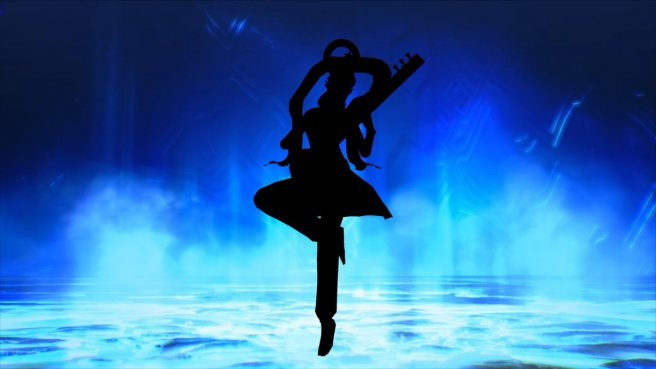 The latest Shin Megami Tensei V demon trailer is in, which provides a closer look at the creature known as Sarasvati. Its debut appearance was in the original Shin Megami Tensei, and it has appeared in other titles like Persona and Devil Survivor.

The Megami Tensei Wiki has a bit of extra information on Sarasvati. Read some background details from the site below.

Sarasvati, also known as Saraswati, is the goddess of knowledge, music and the arts in Hindu mythology. She has been identified with the Vedic Sarasvati River. She is considered as consort of Brahma, the Hindu god of creation. Thus, with the goddesses Lakshmi and Parvati, she forms the Tridevi, who are consorts of the male trinity, the Trimurti, consisting of Brahma, Vishnu and Shiva, respectively. Sarasvati’s children are the Vedas, which are the oldest sacred texts of Hinduism.

She is known in East Asia as Benzaiten or Biancaitian, one of the Seven Lucky Gods in Japanese regional belief.

For a look at today’s Shin Megami Tensei V demon trailer for Sarasvati, continue on below.

Shin Megami Tensei V will be making its way to Switch on November 12 an exclusive. We have more information about the RPG, including all previous demon trailers, right over here.