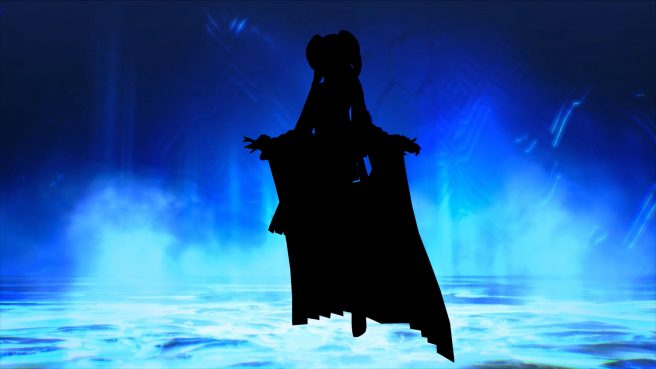 Atlus has shared the latest daily demon video for Shin Megami Tensei V. The latest featured demon is Kikuri-Hime, check out the video and some details on this demon’s  background below.

Here’s some of the history behind Kikuri-Hime from the Megami Tensei wiki:

Kikuri-Hime-no-mikoto (菊理姫 or 菊理媛命) means “Priestess Chrysanthemum.” Chrysanthemum is her symbolic flower and associated with lamentation at death in East Asian cultures. Kikuri-Hime is briefly mentioned in Nihon Shoki that after Izanagi was driven out of Yomotsu Hirasaka (Shinto Netherworld) in his failed attempt to retrieve his late consort, Izanami. Kikuri-Hime mediated on behalf of Izanami so that the husband and wife could engage in a debate in their confrontation in Yomi. The exact content of this debate is not recorded, although there has been much conjecture. It is the actions of Kikuri-Hime that established the duty of Miko (Japanese priestess) of communicating with the netherworld on behalf of the living one. She has also been known as a goddess of matchmaking since ancient times.

At an unknown point of history, Kikuri-Hime has been merged with a separate goddess worshipped in the shrine of Hakusan (White Mount), Shirayama-Hime-no-kami (白山比咩神), “Princess White Mountain.” Today, the temple enshrines Kikuri-Hime (who is now conflated with Shirayama-Hime) alongside Izanagi and Izanami.