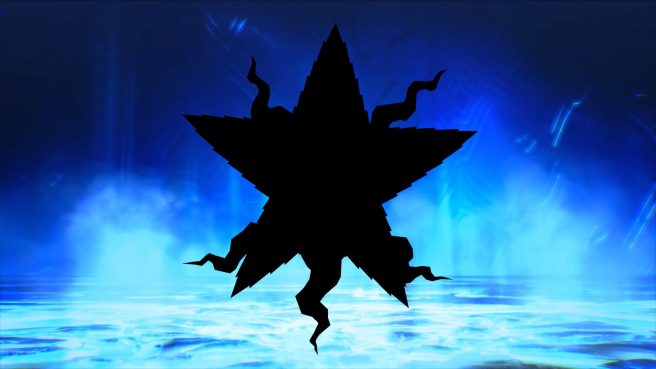 Atlus has unveiled the latest daily demon video for Shin Megami Tensei V, this one offering a closer look at the demon Kaiwan. Check out the video and some more details below the break.

Here is some of the history behind Kaiwan, courtesy of the Megami Tensei wiki:

Kaiwan (or Kiyyun) was a deity worshiped by some of the Israelites according to the Book of Amos. Amos 5:26 refers to “the star of your god.” His name appears to be derived from the Babylonian name of the planet Saturn. Others suggest that the name comes from a Hebrew root word that refers to something on a pedestal or image stand, and might refer to an idol of another deity rather than a separate god.

Kaiwan is only mentioned once in the Tanakh, and in said passage he is associated with the similary unique Sakkuth. This name was seemingly the title of the Mesopotamian god Ninurta, occasionally associated with Saturn. However, unlike other planets, Saturn had minimal importance in Mesopotamian religion. In the biblical text, the names of both of these figures were vocalized like shiqqūts (“abomination”). It’s possible there was a deliberate changing of the pronunciation to suggest the idea of detestation of this figure in the eyes of God, much like in the case of Astarte’s name being replaced by Ashtoreth.

In Acts of Apostles, there’s a mention of a figure known as Remphan (ῥαιφάν), who seems to be one and the same as Kaiwan. Septuagint renders Kaiwan’s name as Rephan.

In Lovecraftian literature, Kaiwan is also one of the names of Hastur.

Shin Megami Tensei V is scheduled to arrive on Switch on November 12. Earlier coverage, including past daily demon videos, can be found here.