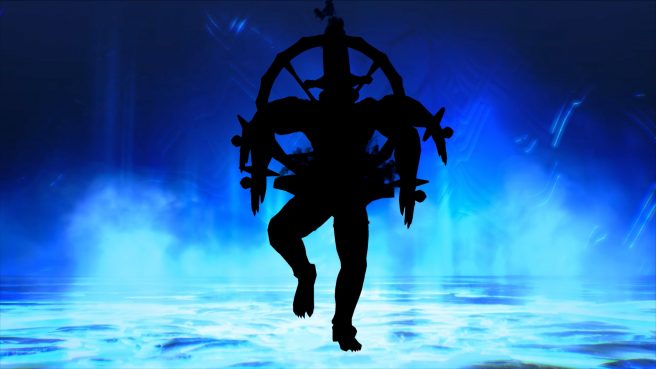 Leading up to Shin Megami Tensei V’s release, Atlus has been sharing information on each of the game’s demons through their daily demon video series. The latest video goes over the demon Mada, check it out with some additional details below the break.

Here is some of the history behind Mada from the Megami Tensei wiki:

In Hinduism, Mada is the monstrous deity of drunkenness. According to the Mahabhrata, it was summoned by the sage Chyavana to subdue the deity Indra. The story goes that the twin deities Asvin restored Chyavana’s youthfulness when the sage rued his aged complexion and compared it to his young wife Sukanya. Feeling grateful, Chyavana told them of a feast hosted by Indra, where the gods would drink the life elixir soma to retain their immortality. Apparently Indra did not allow the twin deities to enter as they had dabbled with mortals for too long.

Saddened, they reported this to the sage, who decided to offer sacrifices to the twin deities to signify their godhood. This infuriated Indra, who attacked the sage with thunderbolts and mountains. Chyavana countered by summoning Mada, who was so enormous that its two sets of jaws could swallow the earth and heavens at the same time. Indra, worried that the gods are still in the heavens, surrendered and allowed the Asvin twins to join the feast.

Shin Megami Tensei V is scheduled to arrive on Switch on November 12. Earlier coverage for the game, including previous daily demon videos, can be found here.