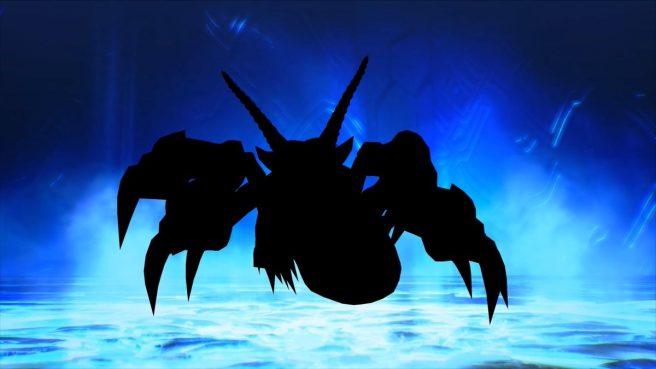 Another demon trailer has arrived for Shin Megami Tensei V, with the latest video highlighting Tsuchigumo. The creature has appeared in many of the series’ titles, not to mention side games as well as the Persona Q releases.

Thanks to the Megami Tensei Wiki, we have the following background information on Tsuchigumo:

The Tsuchigumo literally “earth spider”, is a phrase with muddled history with its etymology, as there’s debate which association for “tsuchigumo” came first: the spider-limbed monsters, or the pejorative used to refer against aborigines who did not show allegiance to the emperor of Japan, which came from even older pejorative, Tsuchigomori, which was a reference to rural clans utilizing natural cave systems to created hollowed earth mounds for both residential and military purposes.

One tale regarding the youkai is a clash with it and Minamoto no Yorimitsu, also known as Raikou, which was depicted on the picture scroll Tsuchigumo Sōshi, where he and his retainer Watanabe no Tsuda followed a airborne skull into a house with an assortment of youkai, until a young woman attacks. Yorimitsu retailates and cuts the woman down, which fades away to reveal that he cut the foundation stone in twain, with his broken sword stained in white blood. They then followed the trail of white blood to another location, and found the tsuchigumo. After a fierce battle, the tsuchigumo was beheaded and gutted, spilling out well over a thousand skulls. They were given a proper burial and then set the house the Tsuchigumo was in aflame.

Shin Megami Tensei V is set for November 12 on Switch. Head on over here for more demon trailers and additional information.