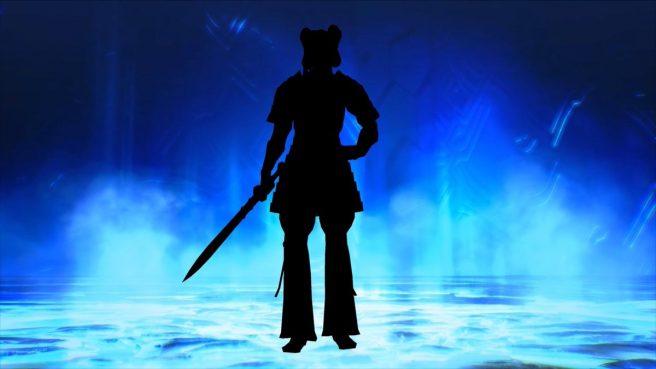 Atlus has returned with its latest demon trailer for Shin Megami Tensei V that shows off Okuninushi. It first appeared in Megami Tensei II and has been a staple in the franchise since then.

Here’s some background information on Okuninushi, courtesy of the Megami Tensei Wiki:

Formerly known as Onamuchi, Okuninushi is one of the Kunitsu and former ruler of Izumo, until Ninigi took over. In compensation, he was made ruler of the unseen realm of spirits and magic. He’s said to be the god of nation-building, business and medicine.

Before becoming the ruler of Izumo, Okuninushi and his brothers, eighty gods altogether, were all suitors seeking the hand of Princess Yakami (or Yagami) of Inaba in marriage. They were all traveling together from their home country of Izumo to the neighboring Inaba to court her.

Along the way, the brothers encounter a poor little rabbit or hare, flayed and raw-skinned, lying in agony upon a sea shore. The group asks what happened, and the hare explains that he came from the island of Oki across the sea. The gods who listened on were cruel-hearted, and as a prank, instructed the hare to wash himself in the briny sea, and blow himself dry in the wind. The hare was of course in much more stinging pain than it was before.

Then came along Oukuninushi lagging far behind, due to evidently being treated as a luggage carrier. The gentlehearted god told the hare to go to the mouth of the river and wash himself in the fresh water, then gather the flowering spikes of cattail plants growing all around and scatter the catkins on the ground and tumble around until he is covered by fleece. The cured rabbit makes a divined prediction that Okuninushi will be the one to win Princess Yakami.

Just as the rabbit predicted, Princess Yakami/Yagami pronounces before the eighty gods that she chooses Okuninushi as her mate. The rival gods, his brothers, were all furious and conspire to slay him.

They compel him, on pain of death, to chase down a red boar, which was really a boulder heated red hot. Okuninushi dies of burns, but his mother, Sashikuni-wakahime, petitions Kami-Masubi, one of the Kotoamatsukami, and she dispatches two clam goddesses, Kisagai-hime and Umugi-hime, to restore him.

His rivals then trick him into walking onto a fresh tree log split open and held apart by a wedge, and snap him shut, killing him a second time. His mother revives him once again, and bids him to seek out Susano-o, who has been banished to the Netherworld.

In the underworld, he met the storm god Susano-o and his daughter Suseri-Hime, with who he shortly fell in love. Of course, Susano-o was aghast. In response, he sent Okuninushi through various trials, such as making Okuninushi sleep with snakes, centipedes and wasps and escape a burning meadow, which he survived thanks to a scarf that Suseri-hime gave him beforehand which protected him.

By now, after all his various attempts of murder, Susano-o was beginning to actually approve of Okuninushi. One night, after he told Okuninushi to wash his hair and go to sleep, Okuninushi tied Susano-o’s hair to the rafters of his palace, and fled with Suseri-hime. He took Susano-o’s bow, arrows and koto with him. When the couple made their escape, the koto brushed against a tree, awakening Susano-o. The god jumped up, and pulled down the palace with his hair. At the borders of the underworld, Susano-o almost caught up with the elopers and called out to them, advising Okuninushi to fight his brothers with Susanoo’s weapons. Okuninushi asked him to make Suseri-Hime his wife, and to build a palace at the foot of Mount Uka, which he agreed to. After the entire ordeal was over, Okuninushi became ruler of the province of Izumo.

Sometime after this, Okuninushi was told to build the world with the help of the dwarf deity Sukuna-Hikona. The two together formulated the arts of medicine, means of controlling disasters caused by birds and insects and became close friends.

Shin Megami Tensei V will be out for Switch on November 12. We’ve got all prior demon trailers and additional coverage here.