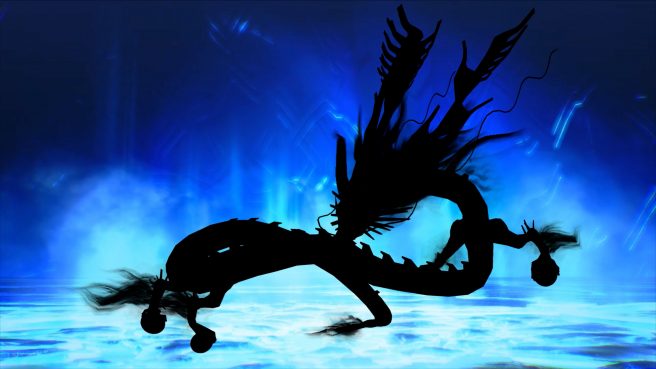 Atlus has shared some new information on the latest daily demon for Shin Megami Tensei V. This latest video showcases the demon Kohryu, returning from the first Megami Tensei entry in the series. Here are some additional details and the daily demon video released by Atlus:

The Huang Long, literally meaning Yellow Dragon (黃龍), is the Chinese gold dragon that reigns over the Si Xiang, celestial creatures in Chinese constellation (Baihu, Xuanwu, Qinglong and Zhuque) and is located in the center of the four beasts. It is the embodiment of the element of Earth in Chinese five elements (Wu Xing) along with the Chinese quintessence, as well as the changing of the seasons. It is also known as Kohryu in Japan and Hwang-Ryong in Korea.

Huang Long is sometimes regarded to be the same as Qilin from the Si Ling. The Yellow Dragon does not appear in Japanese mythology: the fifth element in the Japanese elemental system is the void, so there cannot be an animal representing it. However, some consider the Ōryū as the Japanese counterpart of the Yellow Dragon since they share some similarities.

Shin Megami Tensei V is scheduled to arrive on Switch on November 12. Earlier coverage, including all previous daily demon videos, can be found here.