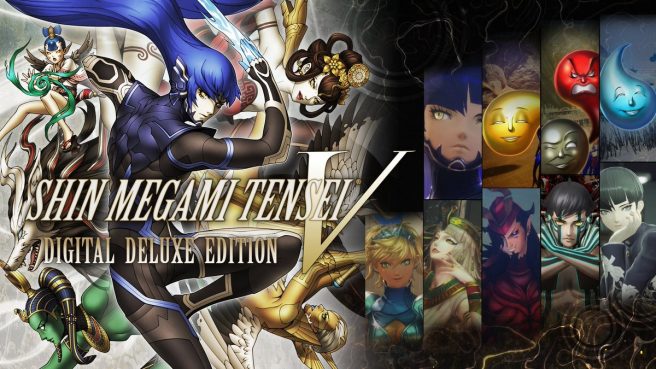 Atlus is back with its fourth and final news video for Shin Megami Tensei V, covering DLC almost entirely, though we do get to hear a bit about New Game Plus as well.

Here’s the full rundown (please note that all USD prices are estimates):

In the World of Shadows, Sophia gives the protagonist a menorah, which is said to grant either great power or a swift death. With the menorah in hand, the protagonist will be forced to face the terrible Fiends that appear before him. Once a fiend is defeated, they will be unlocked for fusion. And by defeating the Demon-fiend, his Essence can be obtained. Can you survive against the Fiends and their deathly power?

Near the Tokyo Tower, the protagonist is stopped by the goddess Artemis. Help her in her quest to find a training partner. Clear the mission to recruit Artemis and unlock her for demon fusion.

Cleopatra gets stripped of her position as a representative and gets banished from the Bethel Egypt branch. The protagonist then receives a request to check on her. Clear the mission to recruit Cleopatra and unlock her for demon fusion.

A Bethel researcher working on a certain project has gone missing. The protagonist then seeks out the researcher, only to cross paths with the Tyrant Mephisto. Fulfill certain conditions to recruit Mephisto and unlock him for demon fusion.

The Safety difficulty will also be added as a free DLC. This mode can be enjoyed even by those who are new to RPGs.

We will also offer the SMTV DLC Bundle, which contains all paid DLC for a discounted price. In addition, there will be a set that includes the digital version of SMT5 and all DLC.

Is there any post-game content like New Game Plus, where character stats are carried over to a new playthrough?

Yes, you will be able to start a new playthrough with certain attributes carried over after clearing the game. There are two ways to transfer save data: “Newborn” and “Reborn”.

Newborn: Transfers Demon Compendium and enemy analysis data, but the difficulty will not be affected too drastically. Some demons and Miracles can only be obtained with multiple playthroughs, so please choose the method that works best for you.

Today’s video going over DLC and New Game Plus in Shin Megami Tensei V can be found below.

Shin Megami Tensei V is due out for Switch on November 12. More coverage on the game can be found here. Additionally, the official site is up here.