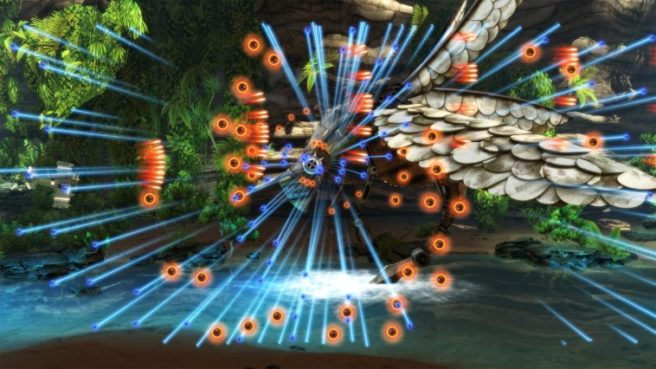 The shoot ’em up Sine Mora EX originally debuted back in 2012. THQ Nordic is now reviving the game for new platforms, including Switch.

One of the new features in Sine Mora EX is a co-op mode. Two players will be able to experience the full story mode together at once.

In an interview with Nintendo UK, localizer and designer Brandon Sheffield talked about how the team is going about including co-op:

“Narratively, it doesn’t make sense to have two ships because the story is basically broken if there’s more than one ship on screen, because you’re the pilot and somebody else is talking to you from somewhere else, because they’re doing something else. The whole thing about this game is most of these actions take place simultaneously and so you wind up hearing the same conversation again because then you’re the other person that was involved in that incident.

So the second player essentially plays as a drone. It plays differently from the main ship as well. If it gets hit, it doesn’t have its own life bar, it loses you time. And it works pretty well, it’s about as natural as you can make it and it’s obviously fun to play games together. And you know, obviously with Nintendo Switch, players want to have multiplayer experiences that can be enjoyed on one screen or in tabletop mode.”