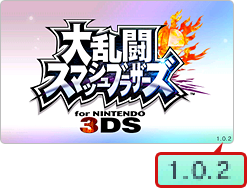 As promised, Nintendo has released an update for the 3DS version of Super Smash Bros. in Japan. Version 1.0.2 addresses issues with Peach’s down special while playing online. Additionally, the patch makes a few other unspecified improvements.