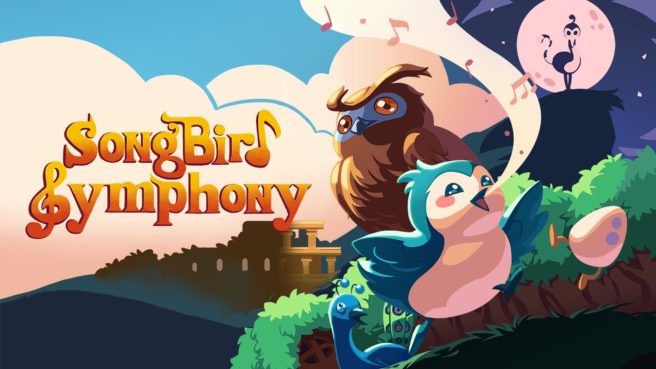 Publisher PQube and developer Joysteak Studios have announced that a demo for the upcoming musical platformer Songbird Symphony is now available in Europe. In North America, it’ll be out on July 15.

Here’s the latest information and trailer for Songbird Symphony:

Songbird Symphony is a musical adventure that tells the heartfelt story of Birb. Somewhat like in “The Ugly Duckling”, the other birds reject the chick for looking different, but that doesn’t keep Birb down as he embarks on an adventure to find out about his heritage.

Birb is a small orphaned bird that one day wakes up in a strange forest. He won’t be alone thanks to Uncle Pea but he can’t help but wonder if it is truly the place he belongs to.

The legend says owls are wise and know everything. It certainly is the case for Owl, who will guide Birb along his journey and watch over his well-being.

Uncle Peacock is a deeply caring but slightly hyperactive parental figure to Birb. He is the proud inventor of the famous Uncle Peas’ Smooth Moves.

Egbert doesn’t talk much, because he doesn’t have a beak, but that doesn’t prevent him from being understood by his most faithful, and only friend, Birb.

Songbird Symphony launches for Switch via the eShop on July 25.