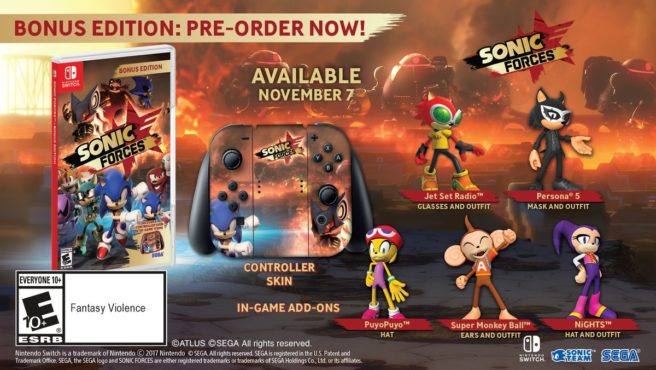 Update: Sonic Forces Bonus Edition is up on GameStop and Best Buy.

Original: Sonic Forces will launch in the west on November 7, SEGA has announced.

The company has also confirmed the rumored Bonus Edition. If you pre-order the game, you’ll receive 13 in-game outfit items and accessories that can be used to recreate the look of five other SEGA / Atlus icons for your Hero Character: Jet Set Radio, Persona 5, Puyo Puyo, Super Monkey Ball, and NiGHTS. A controller skin will be included as well.